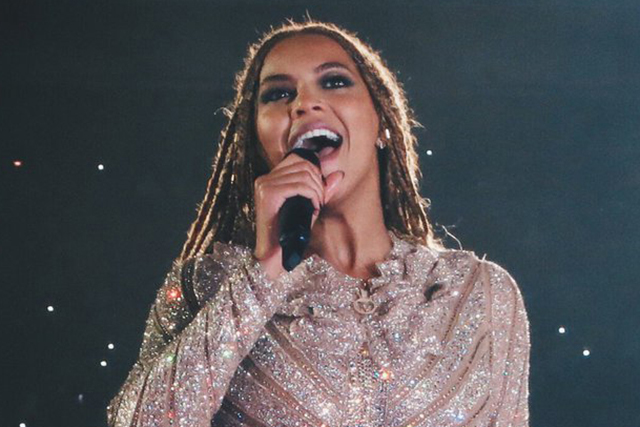 The 59th Annual Grammy Awards were held this weekend at the Staples Center in Los Angeles, and many of music’s biggest stars were in attendance as the night celebrated musical excellence across numerous genres.  The event was hosted by television personality James Corden, who utilized his speaking time to tell jokes, perform various skits and make a few digs at President Donald Trump. Like many award shows, this year’s Grammys featured controversy: several artists incorporated political statements into their performances and many disagreed with a few of the judges’ decisions.

In regards to her favorite aspects of the night, senior and music production and industry major, Brittany Jordan, said Adele’s tribute to late musician George Michael and Bruno Mars’ tribute to the late Prince stood out as her favorites.

Both Jordan and Adam Melville, a sophomore, agreed that the biggest disappointment of the night was Beyoncé’s lack of wins – the star headed home with only two of the night's Grammys to her name.  The “Formation” singer began the night leading all artists, with nine Grammy nominations.

“Adele had a great album, but Beyoncé should have won that,” Jordan said of the Album of the Year Award, which became Adele’s fifth award of the night.

“Kanye would be right in this instance,” Melville said as he expressed his agreement that Beyoncé was indeed snubbed on the Album of the Year and other awards.

It should also be noted that musicians Kanye West, Drake, Justin Bieber and Frank Ocean were all absent from the event, in favor of other ventures.  While Drake (eight nominations) and Bieber (four nominations) showed no ill will towards the event, both West (eight nominations) and Ocean have publically criticized the ceremony.  Frank Ocean even chose not to submit his latest albums, “Blonde” and “Endless,” to the Recording Academy for Grammy consideration.  The absences of these big stars only added to the belief that the ceremony has seen a drop in validity amongst artists and creators alike.

The self-proclaimed “best prodigy” of Kanye West did not allow his idol’s absence to take away from his spotlight: Chance the Rapper took home three awards from his seven nominations while simultaneously making history as the first independent musician to win the Best New Artist.

The Chicago-based rapper made headlines throughout 2016, as his mixtape “Coloring Book” became the first-ever streaming-only release to make it onto the Billboard 200 chart.  Chance’s music, as an independent artist who releases all of his work for free, was only eligible to be considered for Grammy nomination after the Academy made a rule change, which took into account streaming-only releases.

Chance was also amidst a lineup of artists who graced the stage with powerful performances.  Katy Perry’s “Chained to the Rhythm” featured a very political message as she trotted around the rotating stage before showcasing the visual “We the People” in an image of the constitution.  Lady Gaga and Metallica teamed up for a duet, which was marred by the malfunctioning of lead singer James Hetfield’s microphone during the performance.

Whilst bested in terms of awards, Beyoncé did seem to have all eyes on her as she performed songs from her latest album, “Lemonade,” while five months pregnant with twins.  Her set included engaging visuals, allowing holograms to work in place of her usual stunning dance routine.  Maren Morris and Alicia Keys, Ed Sheeran and A Tribe Called Quest also delivered noteworthy performances, with the latter featuring a strong political message expressing unity of all people.

Melville believed Bruno Mars to be the star who carried the show.

“Bruno Mars was the best,” he said of the 31-year-old musician.

“The freestyle at the end for the ladies was great,” Melville explained.

Bruno’s performance included the track “That’s What I Like” off of his latest album “24K Magic,” as well as an energetic tribute to Prince with band The Time performing songs “Jungle Love” and “Let’s Go Crazy.”

The show concluded with a duo of speeches from Adele accepting her Record and Album of the Year awards.  Adele was brought to tears while praising Beyoncé, who she felt should have won the Album of the Year, before ultimately breaking the award in half to share with her “idol.”