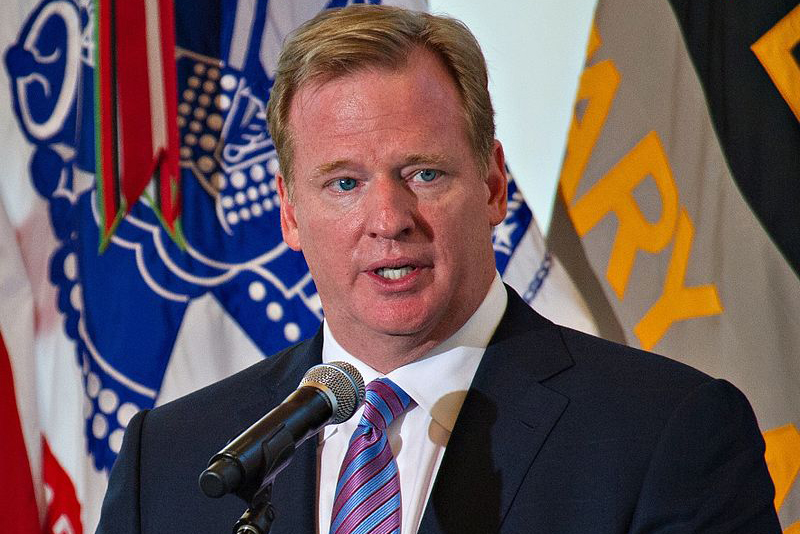 The NFL salary cap is a strategy implemented by NFL executives to give teams an even playing field, or the owners’ way of structuring an owner-player wage gap. According to the NFL Players Association, the salary cap for the 2016 season for each team was $155.27 million, $12 million greater than the season prior. Some of the NFL’s top paid players include Indianapolis Colts quarterback Andrew Luck, who made nearly $25 million in 2016, Saints quarterback Drew Brees, who made about $24 million, and Mr. Discount Double Check himself, Packers quarterback Aaron Rodgers, who made $22 million. According to Forbes, the average NFL player’s yearly salary is $2.1 million, and the rookie minimum is $450,000 – still not a bad salary for your first year out of college.

“Modern day slavery” is how Minnesota Vikings running back described the NFL amidst the NFL and NFLPA labor dispute which led to a temporary lockout back in 2011. According to Pro Football Reference, Peterson made nearly $13 million in 2011, which begs the question of how a man who makes so much money could compare his job to slavery.

However, Super Bowl commercials this year cost over $5 million. Fourteen players in the NFL made over $5 million this year, which means that 96 players made less than one commercial. In this context, it does sound like athletes are being underpaid. There was only one man in 2016 who made more money than any player in the NFL. He’s not a quarterback with a rocket arm, nor is he a lockdown corner. He isn’t a guy who can pressure the quarterback off the edge, a guy who protects the quarterback from pass rushers or a star receiver. The one man who made more money in 2016 than any NFL player was NFL commissioner Roger Goodell who, according to CNN, earned a whopping $34 million salary in 2016.

Despite Goodell’s astronomical salary, it is nothing compared to the money being made by the NFL’s owners. Business owners being the highest paid within their respective businesses may seem customary to some, though the wage gap can prove to be shocking.

Before teams sell a single ticket, jersey or beer at the stadium, they have already made the majority of the money made on the year. Fox Business reports that the NFL’s media contracts including ESPN, major TV networks like FOX, CBS and NBC, radio networks, DirecTV, NFL Network as well as other smaller broadcasting deals generated $7.3 billion in revenue to be split amongst NFL teams in the 2014-2015 season (approximately $228 million per team), a continuously rising number which is considerably higher than the maximum amount owners are to spend on players’ salaries coming from media deals alone.

Forbes estimates the average NFL team to be valued at $2.34 billion, a number which makes the $450,000 rookie minimum, the $2.1 million average player salary and even top-paid player Andrew Luck’s $25 million price tag all look nominal in comparison. Look at the NFL for what it is – the players are what make the NFL. The players are the ones who we come to know and love, and without them, the NFL would not be the same. The league wouldn’t be the same with some group of guys they pull together in the event of a player's lockout, like we saw in 1987. The players are what make the league great and ultimately they are the ones who bring in all of the money. Perhaps “modern day slavery” is a little extreme, but then again, maybe the NFL players deserve to get a slightly bigger piece of the pie.