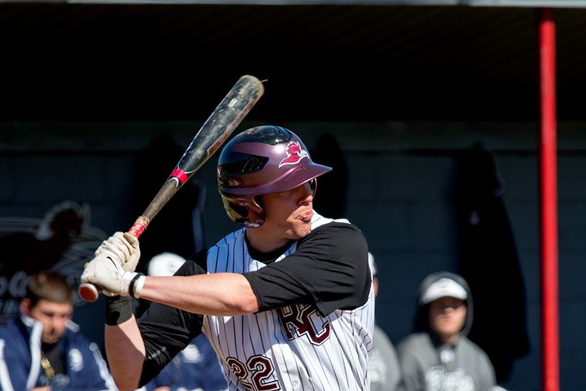 Football is officially over which means one thing: we can joyously welcome baseball back into our lives. Baseball fans can finally rejoice now that the long off-season has come to a close. Pitchers and catchers just recently reported to their spring training camps, and opening day is in the very near future.

Even more exciting is the prospect of Ramapo's very own baseball team. With such an impressive 2016 season, it's hard not to wonder just how far the Roadrunners will push the boundaries this year.

"We're very excited to get the season started," said junior Austin Unglaub. "We have had lots of success the past two years and we as a team feel that we can continue that success this year."

Coach Rich Martin enters his 17th season as the head coach of the Roadrunner Baseball program. Martin led the Roadrunners to five NCAA appearances while earning four straight ECAC Championships from 2007-2010.  He also has participated in eight NJAC Tournaments at Ramapo (2004, 2007, 2009, 2011-2013, 2015).

The 2017 NJAC Baseball Preseason Poll has the Roadrunners picked to finish second in the conference, however, the team did earn four first place votes. They have also been ranked at #11 in the D3baseball.com Top 25 Pre-Season Poll, as well as #7 in the Collegiate Baseball Newspaper Pre-Season Poll.

"We are returning a lot of guys and have a lot of experience which will play a huge role this year," added Unglaub. Unglaub, who was sidelined with an injury in the NJAC Tournament, was an essential player for the Roadrunners, starting in 41 games, recording a collective 43 hits, 32 RBI's, 28 putouts and 79 assists at third base.

Among the other returning players are junior Connor Walsh, who earned NJAC All-Conference honors, junior Bobby Shannon, who posted a .319 batting average, junior Matt Chemis, who recorded a team high 42 runs and junior Jerry D'Andrea, who led the team in saves and was named ABCA/Rawlings Mid-Atlantic All-Conference as well as D3baseball.com All-Region.

The Roadrunners will start the 2017 season against Suffolk University when they travel to Florida for the RussMatt Baseball Invitational on March 11. The tournament will consist of 10 games in eight days, after which they will head back to New Jersey to prepare for their first NJAC game on April 1, a double header at Rowan University.