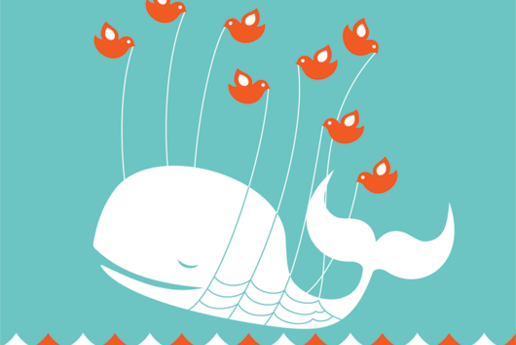 Whether the topic of conversation is the infamous Reggie Miller versus Spike Lee feud, Michael Jordan’s ability to penetrate the mindset of players throughout games, Kevin Durant and Russell Westbrook’s beef or the modern day ‘Twitter wars’ amongst NBA players that captivate fans today, trash talk in general has always been an element of sports. It has ultimately decided games, made players push themselves to perform better, and has had a profound impact on just about every sport you could think of.

While most trash talking occurs on the court or field in order to intimidate one’s opposition, social media has shifted the trash talking norm, taking the action online instead of during games. As a result, the public that is used to observing the taunts from afar has gotten a first-hand look into personal feuds between players, coaches, front offices and more. This, of course, is extremely entertaining for fans that love to see passion in their players, but when this type of behavior occurs in front of the whole world, a larger toll could be taken on players’ images, as well as the sport’s image in general, resulting in consequences from the league.

The NBA recently issued a statement to all 30 teams requiring the players to stop bad-mouthing one another on Twitter for these very reasons. This left fans with important questions to ponder during this social media revolution: when is trash talk acceptable, and how is it impacting the image of sports today?

One main argument on the benefits of allowing trash talk in sports is the idea that sports are beginning to get soft, and that the bickering between players is the last element keeping competition passionate. There is nothing fans love more than to see the players match their level of intensity, and nobody trash talks more than die-hard fans themselves. Chris Rossi, 20, a pitcher for Kean University’s baseball team, talked about how trash talk has impacted his sports experience as well as his thoughts on the controversy.

“I think trash talk is something that will never go away, it just is what it is, and people get heated. It’s all in the spirit of competition and clearly makes every sport better, so I don’t know why people get so personally offended over it,” explained Rossi. “The NBA should worry about more important things.”

While many people share Rossi’s belief, after speaking with Ramapo College students, it became clear that the majority of students think that while trash talk is an appropriate aspect of sports, it should cease when the buzzer signals the end of the game, and it does not exactly paint the athlete in the best light.

In a survey of 30 students, 26 answered that Twitter arguments are bad for an athlete’s image. However, all 30 agreed that their sport would not be the same without trash talk.

“Nobody is saying don’t be passionate, I’m just saying you can look immature ranting about someone online when everybody knows you could just talk to them instead of making it a show. It’s cringe-worthy sometimes,” explained Ramapo senior, Brian Ferrie.

Ultimately, trash talk has been around since the creation of sports and will continue to have an impact on competitions across the world.  After speaking to Ramapo students and other athletes, it is fair to conclude that trash talk is encouraged and appreciated by fans. Once it leaves the court, the trash talk becomes cowardly, whiny and promotes poor sportsmanship.