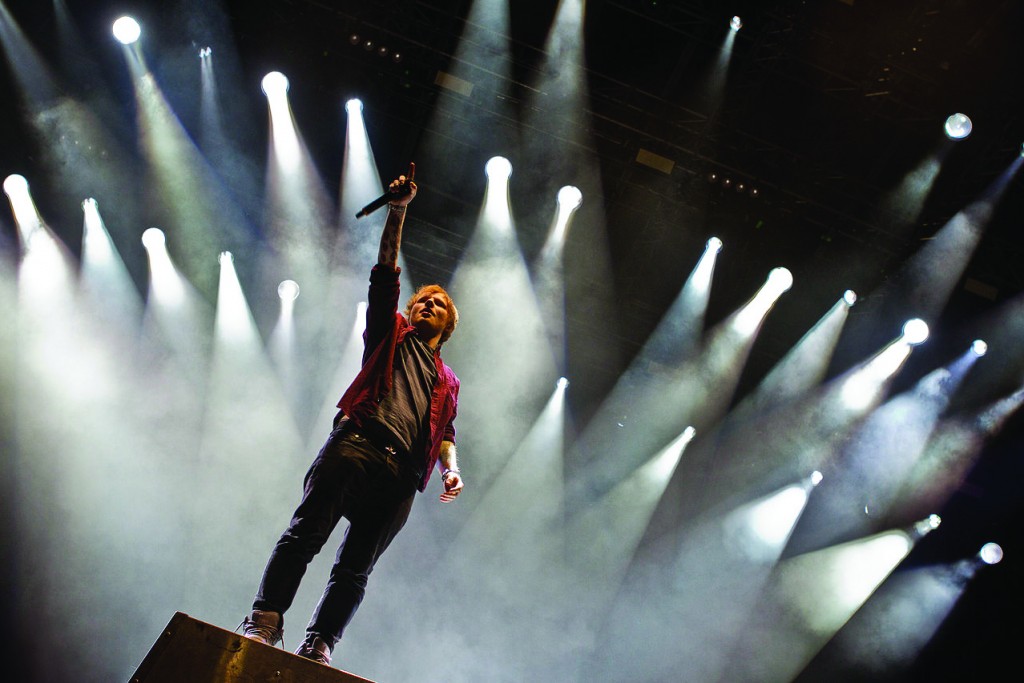 Recorded in a tour bus studio on the road between concerts promoting his previous album “x” (pronounced “Multiply”), Ed Sheeran’s latest album, “÷” (pronounced “Divide”), is his best yet, even if certain aspects lack creativity. As the name suggests, the album deviates in style even more than “x” in terms of the various genres present, and this works in his favor with minor exceptions.

Of course, there are still Sheeran’s signature love songs in “Dive” and “Hearts Don’t Break Around Here” and melancholy ballads in “Happier” and “Supermarket Flowers.” These and many other songs on the record are reminiscent of his previous work, and at times border on the generic.

Sheeran takes inspiration from his heritage and incorporates traditional Irish folk sounds into “÷.” “Galway Girl” is successful in melding his acoustic-pop sound with this brand of folk, and “Nancy Mulligan” is a charming and uplifting tune based on the real-life romance of Sheeran’s paternal grandparents. The songs may not be revolutionary to those familiar with Irish folk music, but the tracks represent a huge leap for Sheeran and possibly contemporary pop music as a whole. The other divergent genres on “÷” take influence from Sheeran’s travels during his year-long break from touring and social media. “Barcelona” has an unexpectedly tropical vibe and “Bibia Be Ye Ye” has energetic African influences. Although these songs take away from the general cohesion of “÷,” the slightly erratic feel gives a fresh dimension to the album.

However, some of the attempts at different styles do not work in Sheeran’s favor. One of the first singles off the album, “Shape of You,” is catchy with its electronic feel, but suffers from generic lyrics; generally, there is not a monumental improvement in the lyricism of many tracks. “Perfect” is perfectly heartfelt and sweet, but does not feel as original as “Thinking Out Loud” from “x.” Sheeran also falls victim to some pretension in “New Man,” with questionable lyrics that could point to an unexpected superficiality on his part and even a patronizing tone toward the female subject of the song. In contrast, the songs “What Do I Know?” and “Save Myself” have meaningful messages, even if they come across as preachy at times. However, if the sound is valued over lyrics alone, “÷” most definitely holds its own.

In terms of production and inspiration, Sheeran’s newest release tops his first two records. What it lacks in creativity it makes up in the risks it takes to bring the music to the next level, and it offers some welcome changes to the repertoire associated with the massively successful musician. His next steps could make a stronger effort to heighten the originality of the music, but this record is an obvious step in the right direction.