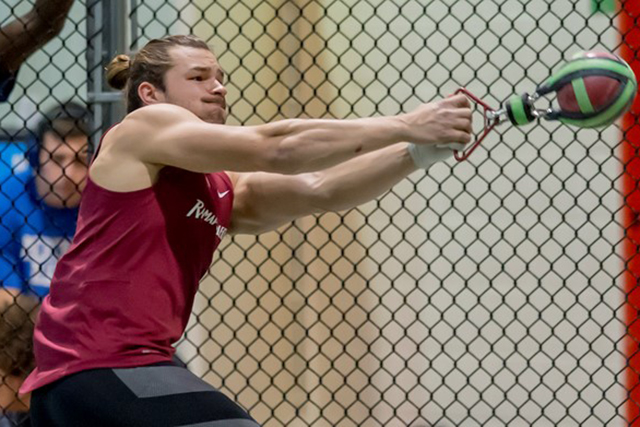 Ramapo’s track and field team has been earning awards left and right for their outstanding performances.

Jeremy Hernandez and Michael Begen were named to the 2016-2017 NJAC Men’s Indoor Track & Field All-Conference Team after competing at the NJAC Championships in February.

At the 2017 ECAC Championships hosted by Ithaca College, Ramapo collectively earned 12 points and placed 21st overall. Begen placed fourteenth in the shot put, Dugan placed third in the mile and Hartman placed third in the pole vault. Hernandez qualified for the 2017 NCAA Indoor Track & Field Championships on March 10 and 11 with his mile run. He is seeded 11th out of 15 runners. Teammate Amber Edwards, who won the triple jump at both the NJAC and ECAC Championships, will also compete. She is seeded sixth out of 17.

To top it off, Hernandez, Begen, Edwards, and junior Jessica Cusick all earned U.S. Track & Field and Cross Country Coaches Association All-Region, which requires that the athlete be ranked top-five in an individual event or on a top-three relay team.

Hernandez and Edwards return to action on March 10 and 11 for the NCAA Indoor Track & Field Championships hosted by North Central College in Naperville, Illinois.