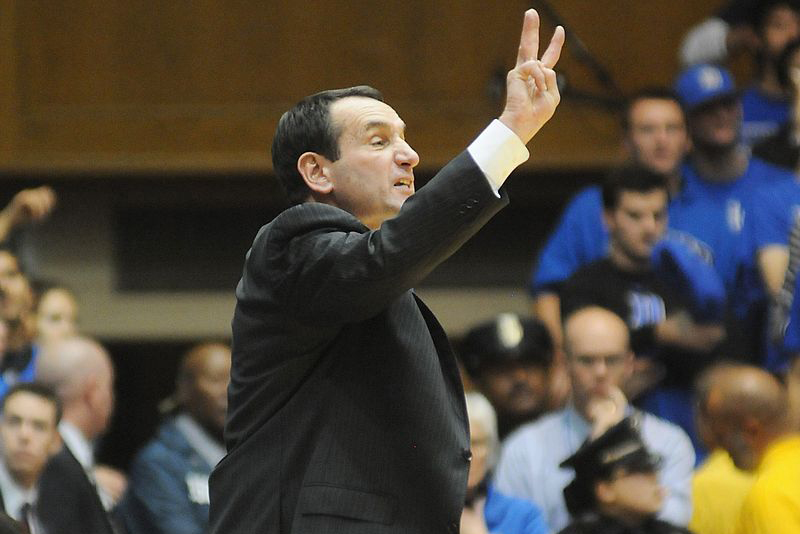 The title March Madness has certainly lived up to its expectations after the first two rounds of this year's tournament. So far through the first two rounds, there have been a total of eight upsets and none bigger than the number two seeded Duke Blue Devils losing to the seventh seeded South Carolina Gamecocks. According to Bovada, which is an online sportsbook, Duke is listed as having the best chance to win the tournament at 13:2 odds. And just like that, millions of brackets were busted after just the second round.

Now with just 16 teams left in the tournament, things are bound to get even more interesting. The games start back up again this Thursday after the teams had four days off to rest and travel to their next locations. To kick the Sweet Sixteen off, the third seeded Oregon Ducks will face off against the seventh seeded Michigan Wolverines, who enter the game winners in 12 of their last 14 games, at 7:09 in Kansas City, MO. That game will be followed by three more games Thursday night and four more games Friday night.

However, there is one major difference in this year's March Madness compared to past years. This year does not feature a true “Cinderella team” in the Sweet Sixteen. Yes, there are surprises still alive in the tournament but there really is not a Cinderella. The biggest surprise, still with a chance to be crowned National Champions, are the Xavier Musketeers. They finished the season with a 23-13 record and earned an 11 seed in the tournament. However, from February 11 to March 4 they did not win a single game. With these six straight losses many experts thought that this would be enough to keep them out of the tournament on selection day. But luckily for Xavier and their fans, they made the tournament by the skin of their teeth and have proved many people wrong. They will be going up against a solid Arizona team and be the underdog for the fifth straight game.

“I am really looking forward to this weekend's games, there is so much talent still left in the tournament and I think it has the potential to be one of the greatest tournaments ever,” said Ramapo Baseball alumnus Ryan Rinksy. In sbnations.com's most recent NBA mock draft, six of their top ten draft picks are still playing. This will allow these players to really showcase their talent and make a name for themselves on a national stage with millions of fans watching.

One name that really stands out is UCLA’s freshman guard Lonzo Ball. Ball is projected to be the second overall pick by the Los Angeles Lakers. However, Lonzo’s father LaVar seems to be stealing his son's fame due to many questionable comments that he has made recently. His comments include, saying he would beat Michael Jordan in a one-on-one game and that he guarantees that all three of his sons will be better than Jordan. Rinsky said, “These comments are certainly questionable but I don’t think it will impact Lonzo and the rest of UCLA in the tournament. Lonzo has done a good job ignoring them so far this season and I think that he will continue to just play through them.”

The tournament will continue to surprise fans as each game is played. Only time will tell who will be crowned champions April 3 in Phoenix. At this point in time all we as fans can do is watch and enjoy the madness that is soon to come.