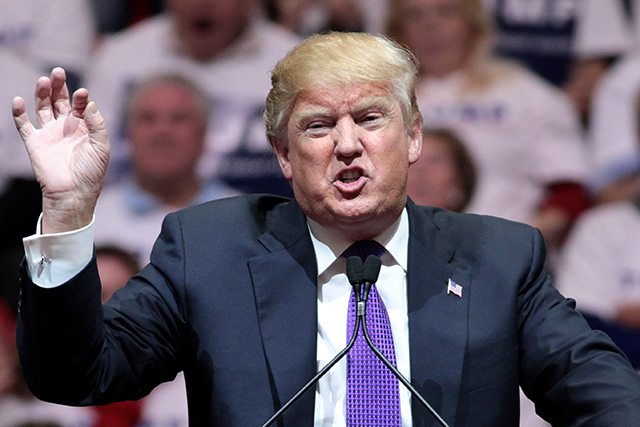 It’s been more than two months since the inauguration and President Donald Trump has most definitely created a name for himself by dominating headlines around the globe. His most recent claim to fame involves the wiretapping allegations against former President Barack Obama and his administration.

In the early hours of March 4, the president of the United States fired a series of tweets from his personal Twitter account that accused Obama of wiretapping his phones at Trump Tower during the election.

“Terrible! Just found out that Obama had my ‘wires tapped’ in Trump Tower just before the victory. Nothing found. This is McCarthyism!” read the tweet posted at 6:35 a.m.

Subsequent tweets posted by Trump himself compared the charges to Nixon’s Watergate scandal of the 1970s.

“How low has President Obama gone to tap my phones during the very sacred election process. This is Nixon/Watergate. Bad (or sick) guy!” wrote Trump in his fourth and final tweet that morning related to the allegations.

It has become the norm for President Trump to conduct politics, convey messages and even attack others through Twitter. Yet, the problem with this particular set of tweets is that they go much further than using a personal social media account while in office. Failure to substantiate his claims with evidence has only diluted his position, raising questions about his presidential abilities.

Defending Trump is not unchartered territory for personnel closest to him but it becomes increasingly difficult in situations like this. After a day of silence, Press Secretary Sean Spicer issued a statement on March 5 stating that neither the White House nor the president will comment on the unsubstantiated claims.

Multiple political actors, such as Counselor to the President, Kellyanne Conway and former Director of National Intelligence under the Obama administration James Clapper, joined the conversation, contributing their perspective on the burgeoning news story. The wiretapping saga reached a climax on March 20 when FBI Director James Comey testified and affirmed that he has no information supporting Trump’s accusations.

An attack on the former commander-in-chief of the United States by the incumbent president is unprecedented. Despite the fallacious nature of the claims, Trump did defame Obama’s reputation and legacy as president. For him to do so without any evidence not only harms Obama but also himself. Trump is already leaving his mark in American history as the president with the lowest approval rating at 58 percent, according to a recent Gallup poll. His actions in the Twitter-sphere will continue to impact how Americans regard him as the 45th president of the United States.

Trump’s decision to blast these allegations, albeit false, affected not only those directly involved, but also many others. On a global scale, he has yet again brought shame to our nation by reducing the sanctity of American politics to Twitter rants on social media. The global perception of American politics will dip even further if Trump employs social media platforms as his main means of communications.

While the national intelligence community has since refuted the allegations, Trump should have considered alternative methods of revealing these claims. As president of the United States, he should be restricting all politics from social media. Had he been interested in pursuing the claims, Trump could have ordered a private investigation to look into the wiretapping accusations. Like most of his other impulsive decisions, Trump proceeded to attack Obama publicly without evidence.

This latest episode in the Trump administration distracted Americans from other pressing issues such as budget cuts, healthcare and bills silently passed through Congress. Trump’s tweets may have been intentional in an attempt to control the news flow of media outlets. However, by resorting to these methods of communication, he only made it clearer that he is unfit to lead the nation.