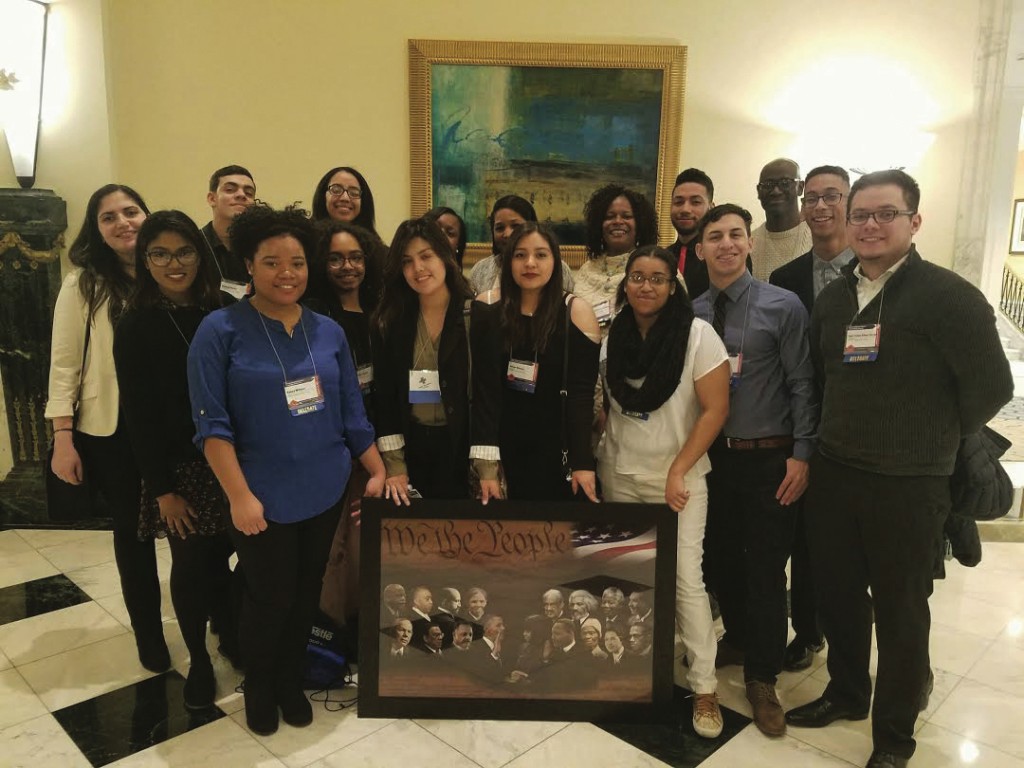 In response to declining retention rates, Ramapo College’s Educational Opportunity Fund, also known as EOF, is concentrating its efforts on programs that address the academic, financial and campus climate concerns that impact a student’s decisions to drop out of school.

“These are first generation college students and they are already, the students society says, are not going to succeed,” said EOF Director Barbara Harmon-Francis. “That’s why this program was set up. We take a student who society says should not succeed and we help them succeed. For us, retention rates matter.”

The state-funded program, established at the college in 1971, provides access, academic support and financial aid to highly motivated individuals coming from disadvantaged backgrounds.

“EOF is important because we are changing the narrative,” said Harmon-Francis. “We want our students to be able to thrive and have better lives. What EOF does is take chances on students who don’t come from the best schools, who may not have the highest SAT scores but they have a lot of determination. It’s that determination that helps them get here and do extremely well.”

Throughout their academic careers, EOF students receive support in various forms. They have access to financial assistance in the form of grants and scholarships, career development through workshops co-sponsored by EOF and the Cahill Center and supplemental instruction provides them with additional academic support in their classrooms.

However, the abundance of resources is not always enough to prevent students from withdrawing from Ramapo, choosing to forgo college entirely or transfer to another institution.

“We know and we can see if students are leaning towards transferring out or stopping out of the institution,” said Harmon-Francis. “Is it a family issue that is impeding your success? Is it financial that you’re work so much that you’re not going to class? Or, is it an adjustment issue? We know what’s coming so it’s not usually a surprise.”

Higher tuition costs across the nation are making it more challenging for students to fund their way through college. For EOF students, whose acceptance into the program was partly based on their household and family income, the challenge is twofold. According to withdrawal record forms from last semester, 16 EOF students cited financial difficulties as the reason for not continuing at Ramapo College in the spring.

Seeking to alleviate the financial burden of attending college, Ramapo’s EOF program is exploring how alumni can become active on campus and pay it forward. Giving back to the community that helped them reach the positions they hold today, well-established alumni could sponsor scholarships, assist in the creation of an emergency loan fund and offer real-world experience to students through internships and other work opportunities.

“It’s those little things that can be the difference between a student staying in school and being successful and stopping out,” said Harmon-Francis.

The challenges EOF students confront are manifested in different forms, including academic pressures that thwart an individual’s chances to succeed. While the college learning environment may not be suited for everyone, EOF alumnus Wilson Quiceno finds that there are plenty of resources available to help students adjust inside the classroom.

“I do not agree with the idea of academic reasons because you can always find help for that,” said Quiceno, class of 2014. “College classes are supposed to be harder and challenge us more than high school. When you get into the workplace, you will have to face challenges regarding culture and environment. You can’t drop your career and give up because of that either.”

Building on the program’s already existing tutoring and advisement services, EOF has developed partnerships with multiple academic departments to develop faculty and mentorship initiatives. These relationships formed with Ramapo faculty allow students to become more familiar with fields of interest, honing essential skills that will make their post-academic careers even more successful.

“Our students are at risk because they may not have had the same academic foundation as someone coming from Mahwah High School,” said Harmon-Francis. “Just having another resource, someone else’s hand on you that cares and tells you that you might be having a hard time, but let me break it down for you step by step. Having that faculty attention and person, I can’t tell you that helped me successfully graduate even in grad school.”

With male students more likely to leave midway through their academic careers, EOF is taking an additional step to retain the men in the program. This year, EOF advisors Tushawn Jernigan and Andre Turner established Men Achieving Success Together, also known as MAST. This mentoring program, open to all Ramapo students identifying as male, serves as a safe space for men to talk about the problems they face and learn from each other’s experiences.

“We want the young men to also become positive role models for the Ramapo College of New Jersey community and beyond,” said Turner. “The energy and vibes the young men give off also help create that reassuring dynamic for all to feel comfortable and welcome to share ideas and opinions.

Rounding out the top three reasons why EOF students leave Ramapo is the lack of diversity on a largely homogenous, predominantly white campus. Research shows that students who feel a sense of belonging thrive more academically than those who do not.

“Students in the EOF program coming from the inner-cities may not feel a connection to the campus because they don’t see too many students, faculty or staff that looks like them,” said EOF alumna Brooke Jamison, class of 2014.

The peer mentorship initiative that launched in the fall is designed so that EOF students can identify with someone like them.

“When you have a direct connection to another student, you can see that you have other people with similar experiences and stories that can help get you through,” said Jamison. “The mentorship programs can also be very effective because when a first year student comes to this new environment, they sometimes need a person of contact that they can use as a reference and they will be able to build a bond that can last past the time at college.”

As Ramapo College’s EOF program looks to refine and expand its services to cater to the evolving needs of the students and curb the declining retention rates, it is simultaneously affirming its mission.