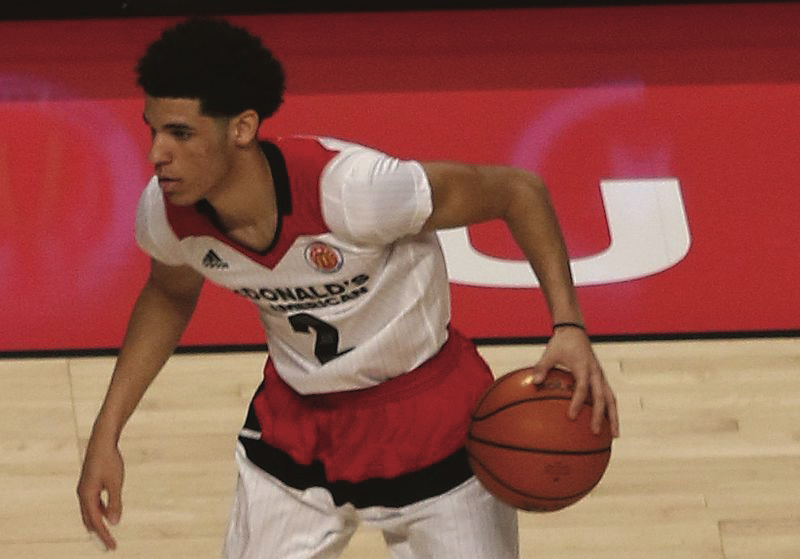 Lonzo Ball has been turning heads due to his talent on the court for UCLA basketball, but who has been attracting the most attention is Lonzo’s father, LaVar Ball.

LaVar started out as the common outspoken parent, but caused serious waves when he said that Lonzo was better than reigning two-time MVP of the NBA, Steph Curry.

LaVar Ball expectedly received serious backlash after such a statement, but he has kept with the same attitude. LaVar has not backed down from emphatically backing the talent of not only his son Lonzo, but also his other sons LaMelo and LiAngelo, both of which are still in high school.

LaVar’s comments have put the Ball family under the national spotlight, with sports talk shows like NBA on TNT and SportsCenter, and the commentary has been mostly negative.

TNT’s NBA analyst Charles Barkley, who is in the Basketball Hall of Fame, was one of the most notable analysts to take aim at LaVar, commenting on Ball’s very low 2.2 points per game average while he was in college.

What this sparked was a back and forth between LaVar and whoever decided to say anything about any of the Ball sons.

Recently LaVar, accompanied by Lonzo, has appeared on shows like ESPN’s “First Take” and Fox Sports 1’s “Undisputed with Skip and Shannon.” In both instances, LaVar showed his big personality while Lonzo sat next to him, only speaking if he was spoken to.

The hosts of both shows questioned LaVar in similar fashions, asking if he thinks he is doing any harm to his sons or if he is adding any extra pressure on them to perform. Both times, LaVar said he believes he is doing nothing but helping them.

LaVar is also on record saying that his sons could be better than Michael Jordan. Just like the other remarks he has made, the comments were thought of as outlandish, but this time LaMelo Ball took to Twitter to respond.

LaMelo tweeted, “Some kids don’t even have fathers and y’all hating on my father because he believes his kids can do anything.”

It is clear that the idea that LaVar’s outspokenness bothers his sons does not seem to be true.

LaVar has not backed down and it does not look like he has any plans to. LaVar will look to continue running the “Big Baller Brand” clothing line that he made as the official brand of the Ball family. LaVar has stated that he is looking for a sportswear giant such as Nike to sign Lonzo, and eventually his two brothers, to a deal worth around $1 billion.

Showing no signs of slowing down, LaVar Ball and his sons will continue to be in the news, especially as Lonzo is expected to be taken high in the first round of the NBA draft.