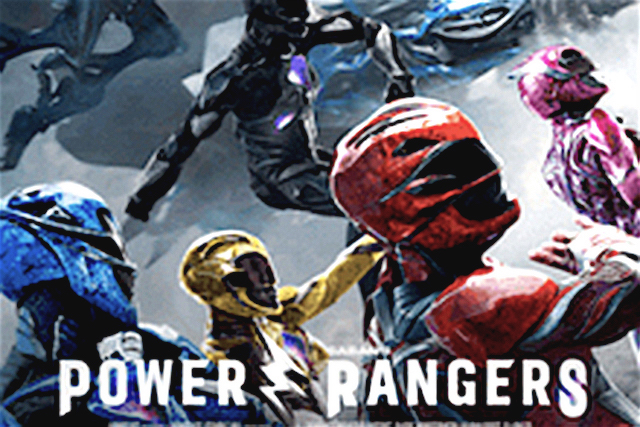 “Power Rangers” is a fantastic movie with good characters, a strong plot and some amazing fight sequences. While tons of fun to watch, "Power Rangers" fails to hit the mark on a few occasions.

Like the original TV series of the ‘90s, the film takes place in a California town called Angelgrove. It follows five teenagers – Jason Scott (Dacre Montgomery), Kimberly Hart (Naomi Scott), Zack Taylor (Ludi Lin), Billy Cranston (RJ Cyler) and Trini Kwan (Becky G) – who break into a restricted mining zone. There, they find five glowing pieces of rock which are later revealed to be their “power coins.” Returning to the site, they find a strange alien ship deep within the ground, where they meet Alpha 5 (Bill Hader) and Zordon (Bryan Cranston), who tell them that Rita Repulsa (Elizabeth Banks), an “x-ranger” turned evil, is coming to resurrect an evil force known as Goldar and destroy everyone on Earth. In order to defeat her, the five kids must learn to “morph” into Power Rangers and become a team.

The new, updated versions of the Rangers’ costumes look sleek and cool as they resemble actual armor. The revamped editions of the characters’ helmets remain faithful to the original series, featuring the unique designs which correspond to each Power Ranger’s respective animal symbol.

The film does an excellent job of placing the spotlight on each teenager’s personality as the characters never blend together. However, many “Power Rangers” fans will be disappointed when the wise, kind, and gentle Zordon of the show is replaced with a Zordon who manipulates the Power Rangers and tells them they will fail. Fans of the show will also be sad to see that Rita Repulsa is no longer comedic, but much more threatening.

The “Power Rangers” franchise has long been known for its fight scenes, and the new film doesn’t disappoint, as its fight sequences are edited perfectly and will keep audiences wanting more.

“Power Rangers,” as a franchise, has always been a fun, action packed, silly series for kids. This movie shows that while it can be made for teenagers, it loses the silly part that many “Power Rangers” fans have come to know and love. However, there are plenty of references within the film for those who truly love the series, including cameos by Jason David Frank and Amy Jo Johnson, who played Power Rangers in the original series.

Filmgoers shouldn’t leave the theater immediately after viewing “Power Rangers,” as an after-credits scene reveals the possibility of a sequel.