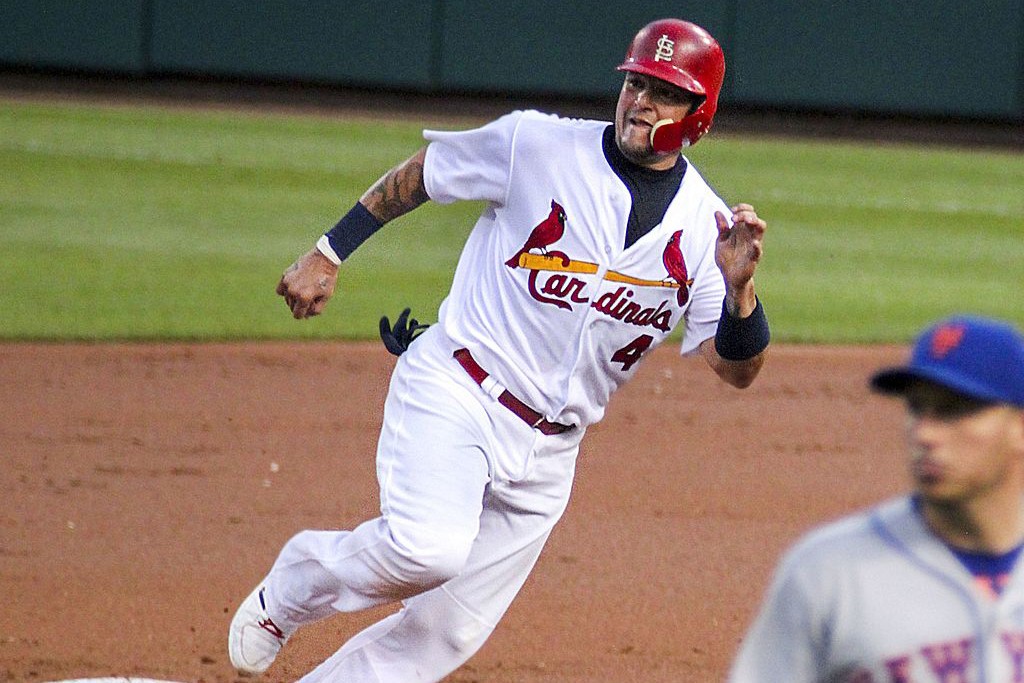 After the events of the March 22 World Baseball Classic international baseball tournament finals at Dodger Stadium in Los Angeles, an issue arose from team Puerto Rico catcher Yadier Molina. Molina caught word that team USA outfielder, Adam Jones, was not fond of team Puerto Rico’s celebration plans, which were created prior to the final game. Jones also was not too fond of the supposed championship t-shirts that had been made already calling it “premature." According to ESPN, Jones said that team Puerto Rico’s actions "didn't sit well with us, so we did what we had to do,” adding that the victory plans fueled team USA’s dominating 8-0 win.

According to ESPN, team captain Molina wants United States outfielder Jones to apologize to Puerto Rico’s players for saying that they were planning a postgame party in San Francisco before the World Baseball Classic championship game was even played. Molina responded to Jones’s comments, telling ESPN that the Puerto Rican team planned to fly home and celebrate its WBC performance, win or lose, and that Jones “has to apologize to the Puerto Rican people” because “he [Jones] is talking about things he doesn't know about” and “didn’t know what this means to our people.”

Molina made his unhappiness Jones’s comments clear to the press, demanding a formal apology from Jones to the people of Puerto Rico for his insensitivity to how much this World Classic Series meant to the people of the island, adding, “he really has to get informed because he shouldn't have said those comments, let alone in public and mocking the way [preparations] were made.”

With baseball being so deeply rooted in the Puerto Rican culture, it is reasonable to see how Jones’s comments could rub Puerto Ricans the wrong way. Ramapo senior Rubi Jimenez, who works for sports information at Ramapo College, saw both sides of the argument, saying, “Jones did not say anything offensive. All he did was find a motivation for his team to win. However, I believe he was misinformed with the parade because Puerto Rico was going back to their country and celebrate win or lose. Jones did not use any offensive language, he just stated what motivated his team”.

Others voiced similar opinions, such as junior Mattew Chemis who said, "I respect Molina's point about how much it means to their country, but I think that they should have saved all ideas of celebrating until the WBC was over”.

Clearly, the public feels that while team Puerto Rico’s intentions were innocent, they should have refrained from boasting about their post-win celebrations until after the final game was played; and at the same time, Adam Jones could have been more knowledgeable about his comments and how they would be perceived. Hopefully in the future, players will not hastily comment on other teams’ actions, whether they be premature, ill-informed, or emotionally charged statements.