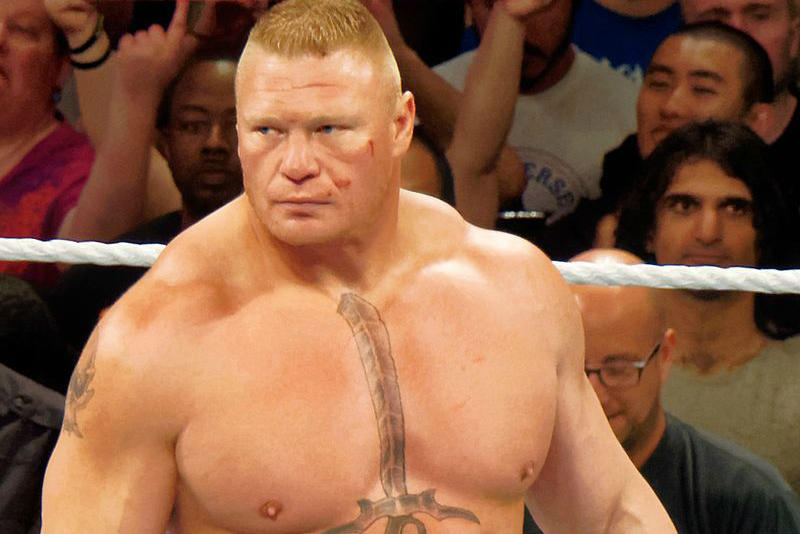 The 33rd annual WrestleMania television special aired live last Sunday night, as viewers’ TV screens were filled by the show’s tagline, “WrestleMania: the Ultimate Thrill Ride.” Comparable to the Super Bowl and other major sporting events, the yearly spectacle is hosted by World Wrestling Entertainment, which puts on a larger-than-life show full of headlining talents. This year’s WrestleMania was held in Orlando, Florida at Camping World Stadium and sponsored by Snickers. With over 75,000 people in attendance, everyone from the young to the old showed up to watch their favorite wrestlers shine on a massive stage. One of the highlights of the night was the return of the iconic duo Matt and Jeff Hardy, who together are known as the Hardy Boys. Senior Nick D’Ambrosia tuned in to the event.

“The best thing for me was seeing the Hardys return. When I first started watching wrestling, Jeff Hardy was my favorite,” D'Ambrosia said. “This was the first time I got to watch Wrestlemania live in about three years and it was amazing to see such an epic moment. It made me feel like a kid again.”

Another classic performer, John Cena, showed up to participate in a mixed tag-team match with his girlfriend Nikki Bella. Bella and Cena took on The Miz and Maryse ending in a double on Cena and Bella’s opponents. After the match John Cena surprised Bella by proposing to her in front of the vast audience.

Along with non-sanctioned, anything-goes matches and championship bouts was the beloved Raw Tag Team triple-threat title match that became a fatal four-way when the Hardys made their return. In this match, four teams of two competed against one another as the tag team titles hung above the ring. Using ladders, one member from a team must climb to the top and retrieve one of the two belts to win the match. Mike Rooney, a senior, commented, “my favorite thing at WrestleMania is the Raw Tag Team title match.”

Throughout the night, championship titles also changed hands. Veteran Randy Orton took on Bray Wyatt for the WWE Championship. After a long-fought match, Orton came out victorious by way of a pin. Other championships, such as the US Title, changed hands when Kevin Owens defeated veteran Chris Jericho. The biggest title change came from the Universal Championship match where Brock Lesner took on Goldberg. The two heavyweights threw each other through ring side barriers and announcer tables with Lesner coming out on top in the end.

The biggest upset of the night was the main event between the legendary Undertaker and Roman Reigns. The legend lost to Roman Reigns in what was his last career match before his retirement.  Nick Perez, a senior, was skeptical of this match, saying, “Undertaker's retirement was epic. However, I think he'll be back”.

With legends being known to retire and make come backs, Perez’s predictions may be considered realistic.  Senior James Perlas said, “Undertaker retiring was crazy, especially since he's been wrestling Hogan and other classics. I thought it was a little overdue though and was mad that he lost his final match.”