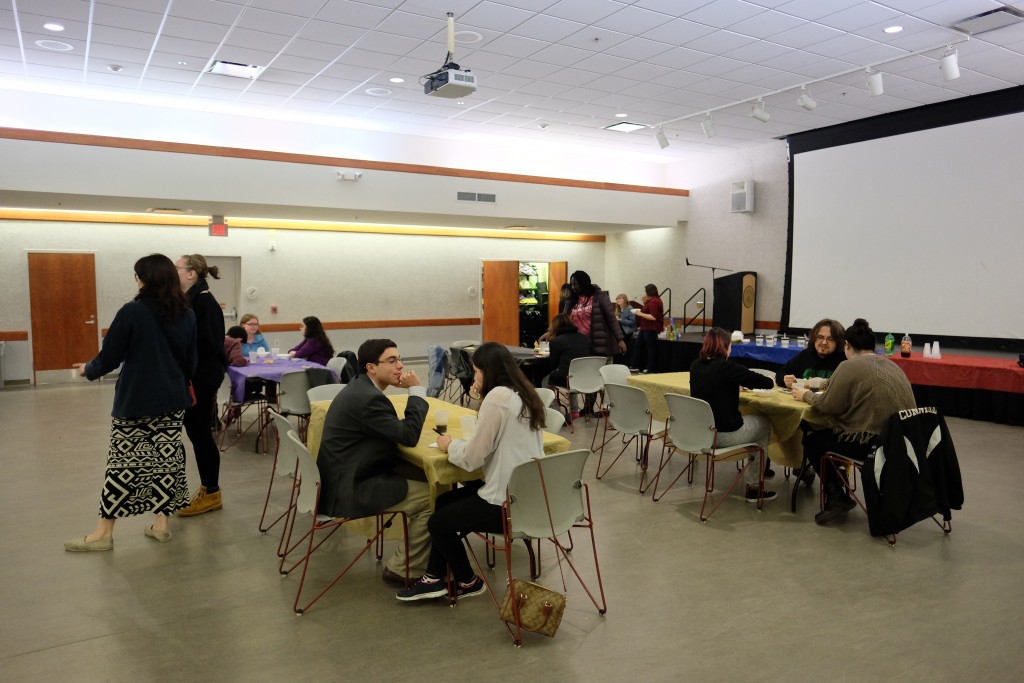 People have been bowling in America since the 1800s, but Ramapo’s College Programming Board put a new spin on the sport, last Saturday, with “Bowling for Soup,” a competition held in Friends Hall. More than 20 students showed up to the event, which featured music by the ‘90s rock group Bowling for Soup and catering by Panera Bread.

Students were able to relax while getting away from the hustle and bustle of big exams or final projects, as giant, thick, inflatable bowling pins and bowling balls were set up on the far end of Friends Hall. Students held the inflated balls in their arms with both hands before taking aim at the row of pins set before them. Some attendees struggled to roll the bowling balls and attempted to throw ball at the pins.

The catering consisted solely of soup – all different kinds. Students went up to the Friends Hall stage one-by-one, taking bowls of soup and a slice of raisin bread or baguettes. The baguettes proved to be very popular among attendees and went as quickly as they arrived. Soda was also served as attendees mingled, striking up conversations across the large room.

CPB member Tina Wasielewski, sophomore, is responsible for the creation of the punny event. “I was the one that pitched this idea to the CPB,” she said of the event, which cost CPB less than $200. “I was really excited that people actually agreed to this.”

Others saw no room for improvement. Senior Ryan Greff said, “Overall, it was a very fun event and I’m glad I came to it.”