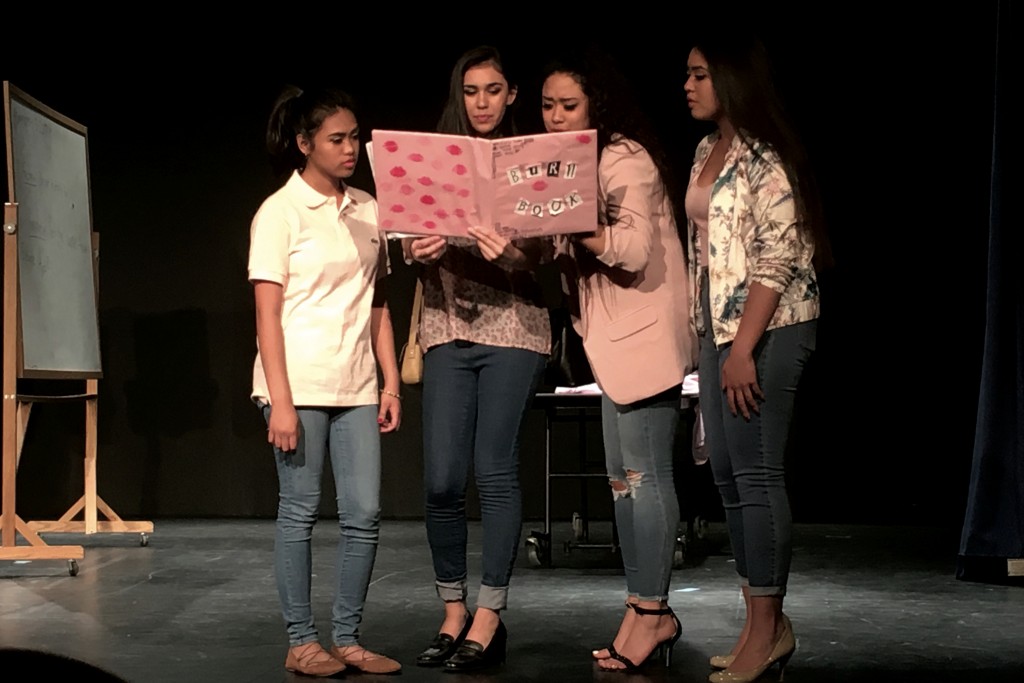 Barrio is a student-run play where FASA takes a popular movie and puts a Filipino spin on it, showcasing their culture by incorporating common Filipino dialect into the script.

This year, the Barrio was called “Mean Babaes,” which was based on the 2004 film “Mean Girls.”

“It’s a fresh way to express our culture to others,” said freshman Justin Leonardo, who played Dhielan Lapuz. “It also helps us learn a lot about our own culture,” Leonardo continued.

Following the general premise of the early 2000s film, the play tells the story of Karla Denise Hernandez, who goes by K.D., which pays homage to the main character of “Mean Girls,” Cady Heron.

“As a Filipino-American, this is pretty much every day for me,” freshman Dhea Damaso, who plays K.D., said when asked what it was like to incorporate Filipino culture into an American work.

K.D. has her life uprooted when her parents decide to move to the Philippines from their home in California.

Once there, she acquaints herself with Janice Mendoza and Dhielan Lapuz, who initially show her the ropes of how it works in her new school. Eventually, Janice and Dhielan convince K.D. to play a part in their plan to sabotage the school’s “it girls,” the “Plastikas.”

After various schemes and devious planning, K.D. eventually falls too deep into her fake persona and begins to take on the traits similar to those of the Plastikas.

Friendships are strained and after the release of the rumor-filled Burn Book, K.D. finds herself without anyone she can call a friend.

However, she perseveres despite the school’s shambolic collapse that ensued the Burn Book’s release and realizes that instead of shaming others because of their differences, they should embrace them.

She then mends her relationships with all of those who hated her and rekindles her friendship with Janice and Dhielan.

Although it was based on a film, there was still a message to be heard.

“From the beginning, we wanted to just show everybody that you’re not any less Filipino because you’re born in America,” Leonardo said.

This idea was prevalent especially toward the end of the play. The play went on to show how different Filipinas shame each other with slurs directed at a girl’s hair and facial features in relation to what province they are from.

Using themes from “Mean Girls,” “Mean Babaes” portrays the central message surrounding the production, which was to show how senseless intra-Filipino shaming is.

The production in its entirety showcased a fluid adaption of Filipino culture on an iconic American movie, using humor that appealed to both the English and Tagalog speakers in the audience.

“This wasn’t that different from some of our lives in terms of mixing the cultures, but what is important is that we get to share it,” Damaso concluded.