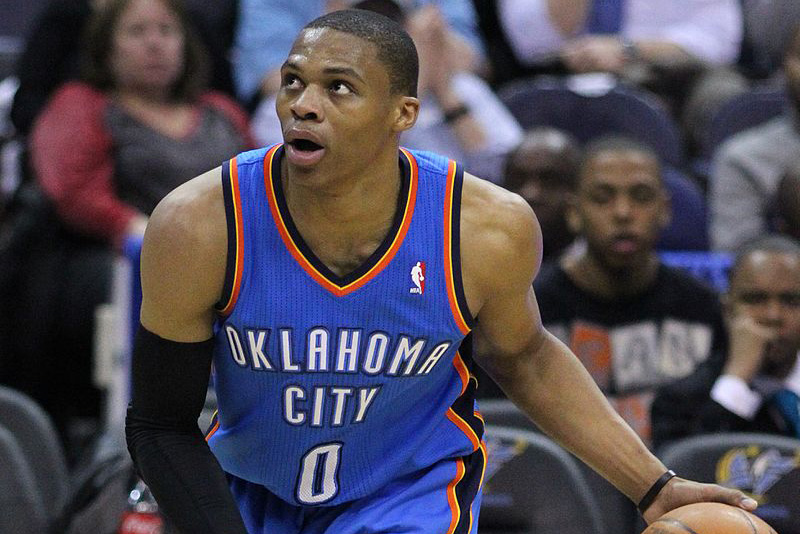 Russell Westbrook has been one of the most popular names in the NBA this season. He has been putting together an MVP caliber campaign in the first season without superstar Kevin Durant, who left the Thunder for Golden State in the offseason.

Westbrook is currently averaging 31.9 points per game, 10.4 assists per game and 10.7 rebounds per game. The statistics that he is putting up this year are video-game like.

“No one would have thought he’d be putting these numbers up without Durant. He has very little help, yet he continues to impress,” said Ramapo student Kevin Foulds.

In the April 7 loss to the Suns, with his sixth assist of the game, Westbrook officially averaged a triple double for an entire season. Making him the first player to accomplish such a feat since Oscar Robertson did it in the 1961-1962 season. However, in that season Robertson did not win the MVP award. In fact, he did not even come in second place. He finished in third place behind Bill Russell and Wilt Chamberlain.

Luckily for Westbrook, the odds for winning the MVP award seem to be well in his favor as the season comes to an end. As of April 10, according William Hill Sportsbook, Russell Westbrook’s odds to win were 1-6 or roughly an 85 percent chance of winning.

The next closest odds were those of James Harden of the Houston Rockets. Harden seemed to spend the whole season as the second favorite to win the award. These recent odds gave Harden only a 5-1 chance of winning. This is only about a 17 percent chance.

It is clear that Westbrook's’ numbers have been nothing more than impressive to say the least. He has had three separate 50-point triple doubles this season, which is the most anyone has had in an entire NBA career.

“He is just fun to watch,” said basketball fan and Ramapo student Matt Chemis. “Every time he plays you can expect him to put on a show and wow you every possession.”

The craziest part about the numbers he is putting up is that he is doing it with playing just 34 minutes a game. That just shows how efficient he is, to be able to produce numbers like these consistently while sitting out an average of 14 minutes per game.

Westbrook was able to get triple double number 42 on April 9 against the Denver Nuggets. He had a solid first half of the game with 23 points 12 rebounds and six assists. This meant that in the second half he would need just four assists to break the record. With four minutes and 17 seconds remaining in the game, the record had been broken. Westbrook dribbled down the right side of the lane and as the double team came he kicked the ball out to Semaj Christon for a wide open three-pointer.

Even though this game was being played in Denver, the Nugget fans were well aware that what they saw may never happen again. The game came to a brief pause as Westbrook received a standing ovation from everyone in the arena.

And to top off his historic night, the Thunder were down two with a couple seconds to go in the game. Westbrook got the pass from Steven Adams and threw up a pray from 30 plus feet out ,and as one could only imagine based on the season he is having, the shot swished through the net as timed expired and the Thunder walked out with a 106-105 victory.