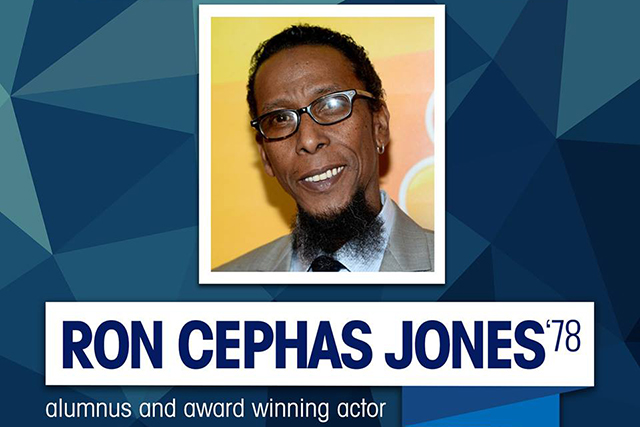 Ramapo College announced actor and alumnus Ron Cephas Jones as the keynote speaker for the 2017 commencement which will be held at 9 a.m. on May 11 at the Prudential Center in Newark.

Jones graduated from Ramapo College in 1978 and is most recently known for his role as William Hill on the television series “This Is Us.” Also speaking at commencement will be graduating senior Michelle Santucci.

Earlier in the year Nick Perez, James Perlas and other seniors petitioned to get actor Danny DeVito to speak at graduation. With almost 600 student signatures, the college reached out to DeVito but was unable to book him as the speaker.

As in previous years, graduating seniors were given the opportunity to apply for the student commencement speaker position. Santucci’s speech was selected to be given during the graduation ceremony.

Santucci is a contemporary arts contract major and international business minor. She also completed the Honors Program and received the Pillars Award, which is awarded to seniors who embody interdisciplinary curriculum, international education, intercultural understanding and experiential learning.

“I was involved in a multitude of co-curricular activities that I think enabled me to write a speech that is very relatable to the general Ramapo population,” said Santucci.

“I think that I was very fortunate to go to a school where you’re able to make such meaningful relationships with diverse people as well as faculty and professional staff that help mold you to who you are at the end of your college career.”