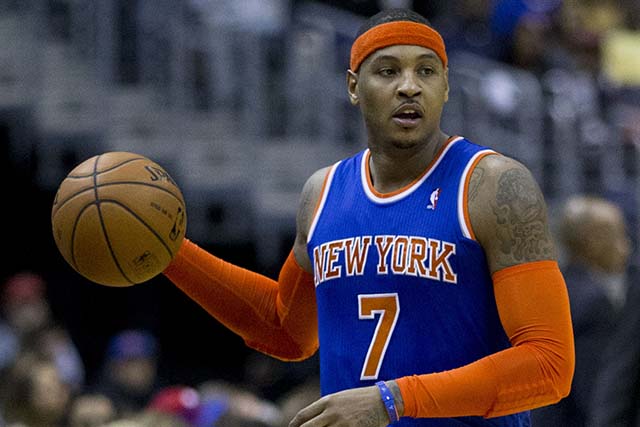 At this time last year, many Knicks fans were optimistic that their team would finally make a playoff run with a fresh, young, new and improved team. After acquiring Derrick Rose and Joakim Noah to play alongside Carmelo Anthony and Kristaps Porzingis, some fans even went as far as calling them a “super-team.”

On paper, this was a team that looked great. “Phil put together a very talented team this past season, they just didn’t buy into what he wanted to do. They didn’t want to run the triangle or play defense, they were more inclined to run the isolation,” said Michael Tashjian, 21, Mahwah. “Phil’s attempt at winning may not have worked, but it wasn’t completely misguided. I think he should’ve targeted more unselfish players.”

After getting off to a hot start, time quickly caught up with the Knicks as they finished their season with a 31-51 record. Drama was at an all-time high at Madison Square Garden, between the incident with Charles Oakley being banned from Madison Square Garden by the Knicks after a brawl, and the Carmelo trade rumors, it seemed that the attention was being placed anywhere but the basketball court for the Knicks.

In a recent poll conducted by the Michael Kay Show, three-fourths of Knicks fans said they would rather see the departure of NBA executive, former coach and player, Phil Jackson, rather than Carmelo Anthony.

In fact, The Ringer recently published an article with the title, “Phil Jackson Has Run the Knicks Into the Ground,” as well as the New York Daily News article titled, “Kristapos Porzingis makes statement to Knicks by going AWOL on Phil Jackson.”

However, Tashjian, who is a long-time Knicks fan, said, “Melo is aging and refuses to buy into the triangle which Phil is so insistent on implementing. Like it or not, Melo’s time in New York should come to an end. It’s best for both parties.”

While Melo’s arrival in New York brought great hope to Knicks fans, it is now his departure which has brought the most hope towards a future. Now, with Porzingis as the cornerstone for the Knicks to build around, and with a top pick in the upcoming draft, Knicks fans hope to watch the Knicks build a young core in efforts to become a winning basketball team once again.

“I’d love to see the Knicks draft DeAaron Fox,” said Tashjian. “He’s a great all around point guard who can really do it all, something the Knicks haven’t had for a while.” While Knicks fans have voiced their recent frustrations with Phil Jackson, it is clear that they will have no choice but to allow him to be the man with their team’s future in their hands.

“I think the next season will be fun to watch for the Knicks, it will be exciting to see if Willy and Porzingis can take the next step forward,” said Tashjian. “I don’t think the Knicks future is nearly as bleak as the media is making it out to be.”

While the past few seasons have been tough for the Knicks, it is clear that there is no time to rebuild like now. With some young, talented pieces on this Knicks roster, paired with a high draft pick and a deep draft class, optimism should be at an all-time high for Knicks fans.