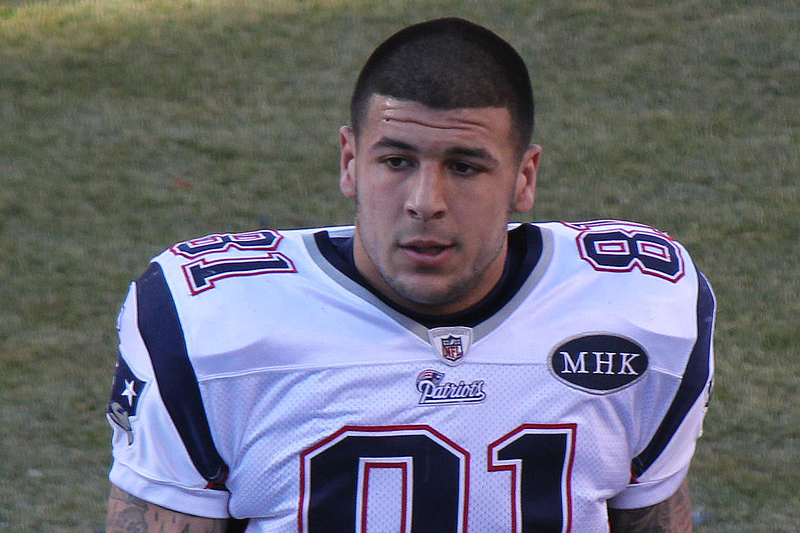 Aaron Hernandez, former tight end for the New England Patriots, was found dead in his jail cell Wednesday morning after hanging himself.

Hernandez was not seen to be on “suicide watch” while serving time at Souza Baranowski Correctional Facility in Shirley, Massachusetts so his death brings shock too many people.

Hernandez started his career playing college ball for the Gainesville Florida Gators. He was a first team all American in 2009 and was selected in the 4th round of the 2010 NFL draft. Hernandez played for New England from 2010-2012 and set to return, signing a contract in 2012 for $12.5 million.

While he had some success on the football field, Hernandez did have significant legal troubles off of the field. Starting back in 2007, at the age of 17, Hernandez was involved in a bar fight where he refused to pay his bill and was escorted out of the bar. Things escalated and a fight broke out. Several years later in 2012, Hernandez was then involved in a double shooting in Boston.

On May 15, 2014, he was indicted on murder charges in addition to armed assault for this double homicide case. The trial did not start until March 1, 2017. This past Friday, he was found not guilty on most charges and was acquitted, but was found guilty of possession of an illegal hand gun. He was serving a life sentence for the first degree murder of Odin L. Lloyd in 2013.

On Wednesday, he hung himself from his window and blocked the door so no one could get in to his cell. Hernandez left behind his wife and 4-year-old daughter. His family was shocked by Hernandez’s apparent suicide, believing that there was no way Hernandez could actually go through with his actions.

Many took to social media to share their feelings on Hernandez’s death and his family’s devastation. Famous sportswriter Josh Sanchez tweeted, “Instead of using this time to mock suicide, I will use it to feel heartbroken for Aaron Hernandez’s four-year-old daughter Avielle.”

Many will continue to mourn Hernandez and support his family as investigations continue and more information comes out.