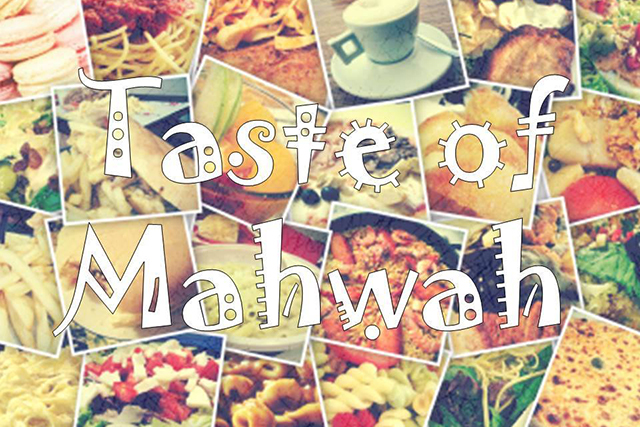 Students at Ramapo lined up this past Friday to get an opportunity to see – or in this case, taste – what the college town has to offer. The annual “Taste of Mahwah” event ran by the College Programing Board was held in Friends Hall, and it did not disappoint those who attended with empty stomachs.

The wide variety of food was exciting for the students that attended, and it is an event some look forward to all year. For some students who are not from the Mahwah area, it is their chance to try out the food and a completely new experience.

“I think that it’s a great opportunity for students like me,” said Can Özger, a junior from Turkey. “When I get the chance to go to events like this, even if it is only for a few minutes, it gives me a chance to experience American things.”

Although most are not from another country like Özger, many students attend this popular event for not only the free food, but the chance to interact with other students.

The function included pizza from Nonna’s, Chinese food from Jun Lung, wings, mozzarella sticks, and pasta from Nicky’s and, last but not least, the campus-wide favorite “fat-sandwiches” from Cars. For dessert, there were cannoli from Lotito’s Deli as well as fruit salad from Nicky’s.

The College Programming Board runs many events similar to Taste of Mahwah every year in order to give students the chance to be active on campus. Junior Sam Schwartz, who was an MC for the event and a member of the College Programing Board, was ecstatic with the turnout and what the event does for students on campus.

“It gives students the chance to do stuff on campus and meet new people, and it is amazing when you put so much hard work into something and see such a large turnout,” Schwartz said.

A completely student run event, members of the College Programing Board served the food while students were called up according to a number written on their hand. To lead off the event, there was a raffle for “Skip the Line” passes that allowed for three students to be served first.

For some students, the event was simply an escape from a long week of classes.

“I was not even going to leave my room, but I was sold once I heard there was free food,” said junior Nora Coppers. “I have a lot of homework to do, so a quick bite to eat from some local places is a nice break and a fun thing the school does.”

Luckily for Coppers, there are plenty of events like this in the future. Schwartz noted that she was very excited for upcoming events, and to give students not only a taste of Mahwah, but a flavor for what Ramapo has to offer.