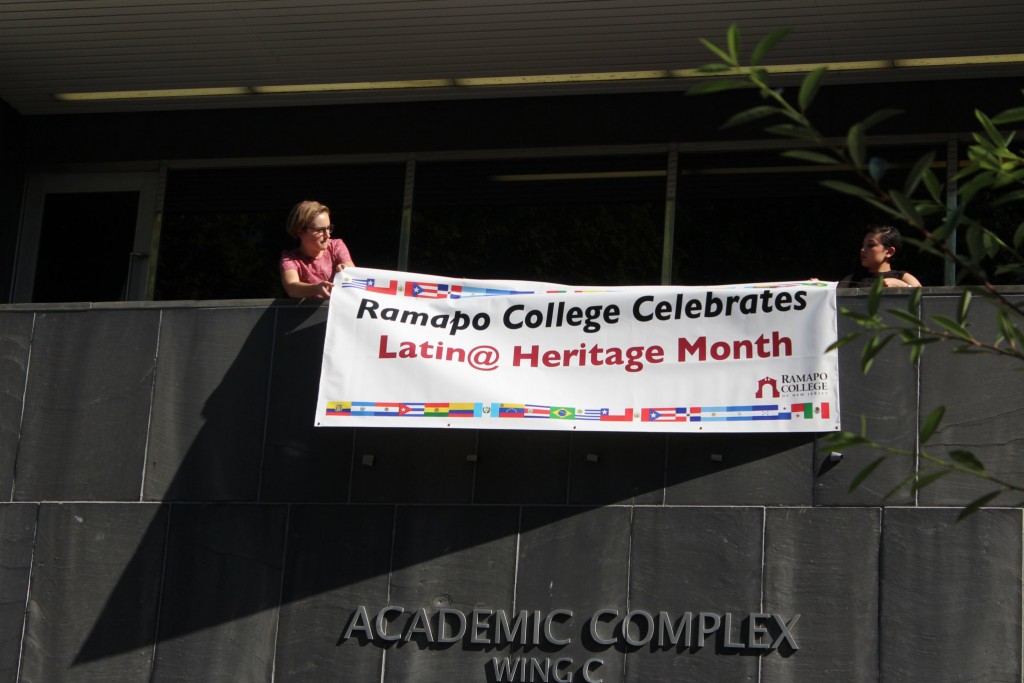 Society has a tendency to marginalize and overgeneralize cultures, especially when it comes to labeling these cultures. People of Spanish, Latino or Hispanic descent oftentimes struggle with false categorization that stems from a lack of understanding and awareness about the distinct differences between these cultures.

Junior Christian Martinez spoke on behalf of the Lambda Theta Phi fraternity this past Tuesday by delivering a presentation titled, “Spanish, Latino, or Hispanic?” in an effort to bring awareness and educate fellow students. This event was in correlation with Latin@ Heritage Month.

Martinez discussed each label in full and outlining the similarities and differences between them. He first touched on Spanish, which Martinez described as someone who is from Spain. He emphasized that just because someone speaks Spanish, this does not warrant the label of being Spanish. This is a common misconception, as many people are inclined to group all Spanish speaking cultures together as Spanish people.

Martinez then moved on to explain what it means to be Latino. He described Latino as anyone from Latin America, which is anything south of the United States, and speaks the Latin languages, which are also considered Romance languages. Therefore, anyone who speaks Spanish, Portuguese or French from Latin America is considered Latino.

Martinez derailed from his presentation to also go over the definition of Latinx. This is a gender-inclusive identification for those who used to call themselves as Latino.

“The Spanish language is very gendered,” Martinez said. He explained how every word has a gender associated with it, and that the language tends to favor the masculine gender. Latinx is a way to combat the patriarchal nature of the Spanish language as well as dissociate from a gender binary language to be more inclusive to everyone.

“It’s good to include everyone in a sense,” said sophomore Jessi Pelaez. “I didn’t know what Latinx was before. It’s good to have people who identify as something else included.” Martinez then went over the definition of Hispanic, which he described as anyone who comes from Latin America where the official language is Spanish, not Portuguese or French.

While there are overlaps in definitions, people should be knowledgeable about the differences between these cultures. The only way to combat ignorance is with education and that is what this presentation aimed to do. Correctly identifying people and their culture is an integral part of ensuring that everyone feels a sense belonging in society. For example, Martinez talked about how the U.S. census will exclude specific groups of people from Hispanic, Latino or Spanish cultures. Forcing people into labels they do not identify with can be both confusing and damaging to their self-esteem and personal identities.

“All these labels are socially constructed so it’s difficult to tell who fits into what,” said sophomore Brian Enriquez. “Labels were made by people. They’re not just fact.”

Martinez concluded his presentation by reminding everyone that even though there is a societal pressure to place everything and everyone into categories and labels, "We all fall under the human race,” and should therefore be treated with respect and dignity.