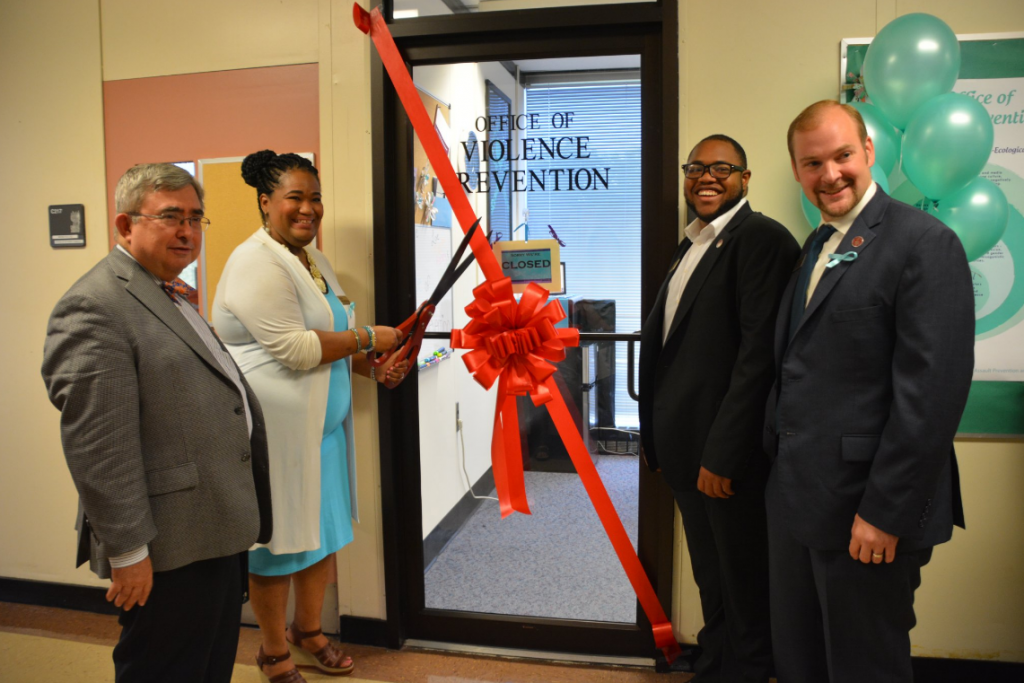 Across from the Women’s Center is a new office fully dedicated to keeping the students of Ramapo College safe. The Office of Violence Prevention, or OVP, is headed by prevention education specialist Marie Attis-Springs.

“I see benefits already,” said Attis-Springs. “I’m a confidential source and so far, I’ve had three or four students come to me, not that they were victims here, but that they had previous experience with violence before they came here.”

Attis-Springs is no stranger to the world of violence prevention. She spent 19 years working at Rutgers University's Newark campus before coming to Ramapo this summer.

She helped start the violence prevention program and is now here at Ramapo to help start the same program.

She believes that, with the right kind of programs, the need for violence prevention can be eliminated.

Her flagship project for the office is a creation of a team of trained violence intervention peers, or VIPs, which more than 70 students have already signed up for. She also plans to create a first-year student program created by students rather than outsourced programs such as Green Dot and Scream Theater.

“All these exhibits and all these programs need to be for peers by peers,” she said. “I’m only there to guide them. They know what’s happening in the residence halls, I don’t know. Students have their own language, so they need to use that language to teach their peers.”

Attis-Springs also plans to shift the focus of education onto the idea of bystander intervention.

“They talk a lot about affirmative consent, which is good, but my belief is that most students know that it is wrong to have sex with someone who is intoxicated,” she explained. “I think we should focus more on bystander intervention, like friends who are seeing friends violate those codes. It’s to create a culture where people always want to intervene, whether it’s somebody dropping something. You should always have that reaction to help.”

She also expects the number of reported sexual assaults to go up; however, she stressed that this does not mean that more assaults are occurring on campus.

“The president was here to speak,” she said of the opening ceremony of the office. “What I love about what he spoke about was that we have to realize that if we talk about this, the incidents reports are going to increase. It has nothing to do with their being more instances of sexual violence on our campus.”

While she was as shocked as many students about the two timely warnings sent out at the beginning of the school year, she explained that there is no reason to be afraid while walking around campus.

“Most of our cases aren’t strangers, they’re people who know each other,” she said. “I’ve never had a case where someone came on campus and assaulted someone who was a stranger.”

She said that she had also never had a case that did not involve alcohol in some way.

However, Attis-Springs has a number of plans to help educate and create a safer environment on campus. The first events will take place during Violence Awareness Week in October and include “Don’t Get it Twisted,” a game about consent, the Clothesline Project and a presentation about violence in marginalized communities.

“Everyone has questions for me and that really fuels me. I have so many plans for this office,” she concluded. “I’m advocating for students, for survivors, for victims. I’m going to be their voice.”