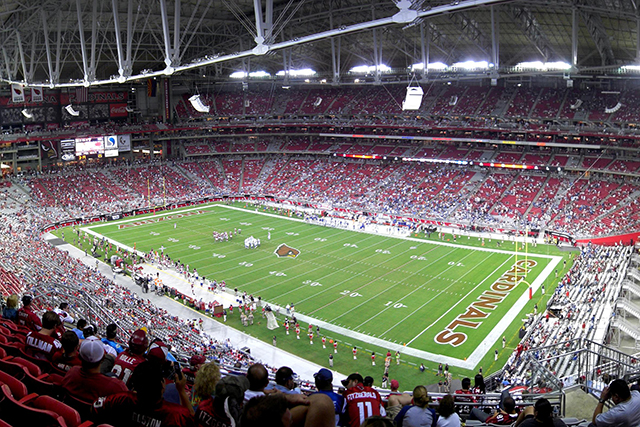 Since its birth in 2008, Thursday Night Football has sparked controversy across the NFL for several reasons within the game and for broadcasting purposes. Players, coaches and fans have become critical of the scheduled prime-time game in recent memory. Many have also complained about poor matchups for the Thursday games and the awkward day of the week, since every other game within the week is played on Sunday except for one Monday Night Football game per week.

NFL head coaches, such as Bruce Arians of the Arizona Cardinals, have complained about Thursday Night Football because of the lack of time that the team has to prepare for a game, compared to if the game was on a Sunday or Monday. Instead of getting a day of rest, teams must get in practice as soon as possible in order to game plan for the team they are scheduled to play. This could lead to player fatigue and an absence of preparation. These night games can also stir problems for the away team, since they have to travel on a short week and could experience the threat of jet lag.

The 2015 Arizona Cardinals starred in Amazon’s series, “All or Nothing” and Arians spoke up about the league’s prime-time game schedule. “[The games] are extremely hard on these guys’ bodies. Also, starting a game plan this soon after a game is really hard on players sometimes. It’s both mentally and physically a grind for them,” said Arians. Along with issues directly impacting the teams, the league has also had issues with filling up stadiums. On Sept. 21, 2017 (Week 3 in the NFL), the Los Angeles Rams and San Francisco 49ers faced off in a divisional matchup in Santa Clara, California. Although the game became a shootout, with the final score standing at 41-39, there weren’t many 49ers fans in the stadium to witness the loss. According to Business Insider, there were claims that the crowd grossed over 70,000 viewers, but it became evident that there weren’t that many actually there.

Shots of the stadium before and during the game showed scattered seats, some even in the first section. According to SFGate, tickets were reselling around $10-14, the price of a single refreshment in the stadium itself.

There is also a dilemma of poor football matchups. Even though the Rams and 49ers game became exciting, both teams combined for a final record of 6-26 in their respective 2016 campaigns. On Sept. 14, 2017 (Week 2), the Cincinatti Bengals and Houston Texans played in a low scoring game that only featured one touchdown, with the final score being 13-9. These teams combined for a 15-16- 1 record in the 2016 NFL season. Although it’s possible for an exciting game to occur, the odds are stacked against the viewers who are tuning in to see a prime-time professional football game.

Amidst all the criticism and controversy, the NFL is still going to continue Thursday Night Football. Although it was originally aired on NFL Network, the program has stretched across other sports broadcasting platforms such as CBS and NBC. The more accessible it is to fans, the more people will watch the games. According to Alex Riethmiller, who is an NFLMedia employee, 7.4 million people watched the Rams and 49ers game, and ratings actually increased from the first few Thursday night games of 2017 compared to 2016. As long as people are watching, this tradition will continue for the foreseeable future.