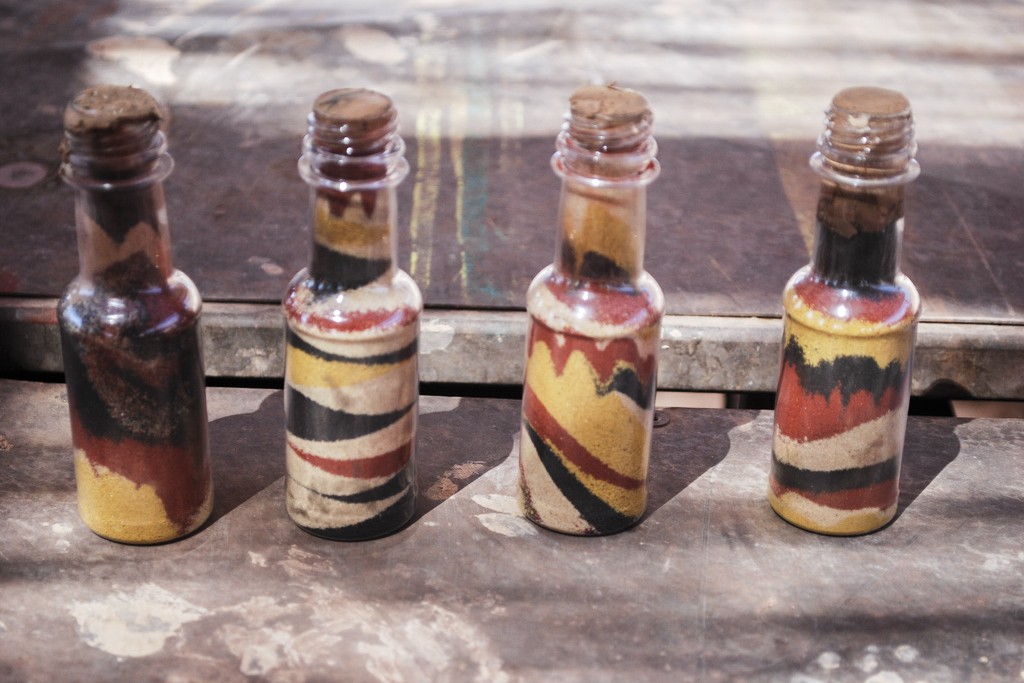 On Saturday night, the College Programming Board hosted its first “Farewell to Summer” event in the Grove.

Despite the chilly weather, there was a moderate turnout as students continuously joined to enjoy the food, crafts, games and music. Students ate chicken fingers, fries and soda while enjoying games of Ladderball, Kanjam and Frisbee with their friends.

WRPR-FM, Ramapo’s student run, non-commercial radio station provided music for the latter half of the night.

“I mostly liked the games. The games were fun,” Janay Davidson, sophomore, commented.

Students especially enjoyed sand crafts as they filled mason jars and star-shaped cases with colored sands of their preference. They gathered around the table where colored sand and jars were set up with their friends, each making their own unique design of sand crafts. When they were done, they were eager to take pictures of the final product to share with friends and social media.

“[The event was] pretty fun. I made a sand design in a jar,” Davidson said.

As always, the event was another great way for students to meet new people and to bond with existing friends.

“I’m meeting a lot of new people and such,” Nyasia Bechea, sophomore, commented. “It was the end of the summer, there’s not really much to do on campus, so I go to most events.”

Davidson said, “I come to everything, mostly. I like their events where it’s a game night, where they have games or [when] they have an artist like a musician or a hypnotist. Those are cool to go to.”

CPB members were pleased at their successful first “Farewell to Summer” event. “With the seasons changing we figured a nice little farewell to summer would be a lot of fun,” said Carlie Viemann, junior and CPB member, continuing, “We like to do things outside in the Grove, and it’s kind of chilly tonight but, I don’t think that stopped really anybody from coming out. And we love to do crafts like sand art. Many people enjoy outdoor games like Kanjam and Ladderball. So, we figured a lot of people would like to say goodbye to summer for the next couple of months when it will get very cold.”

Even as the food and craft supplies started to run out, students stayed to hang out with friends, enjoy music and play outdoor games late into the night.