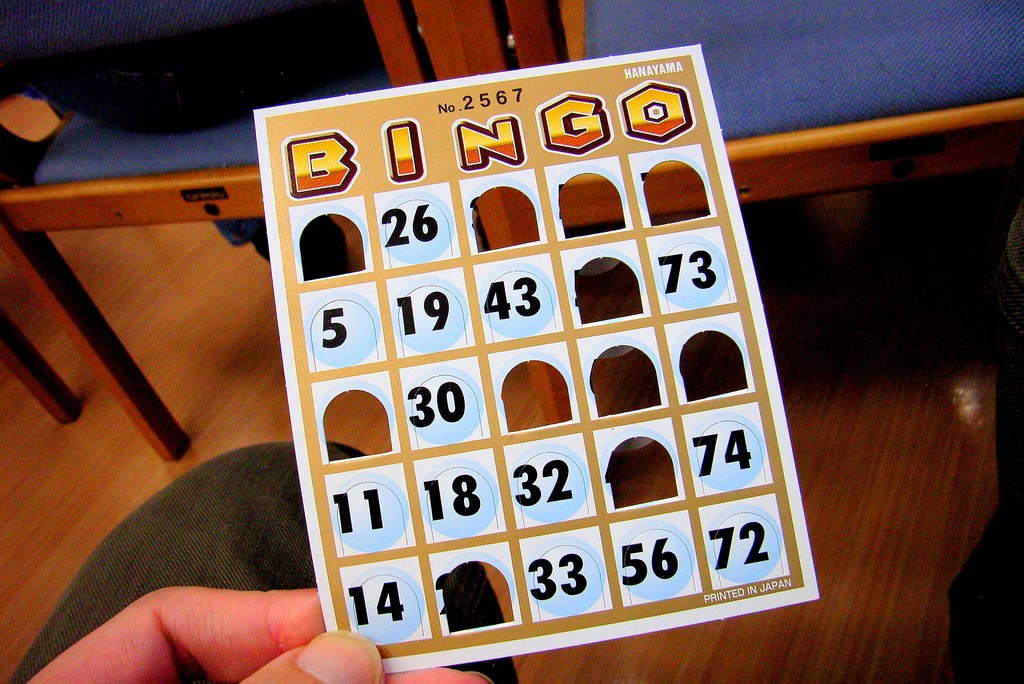 The College Programming Board hosted Grocery Bingo this past Thursday night where students had the opportunity to snatch up a themed grocery bag of food or a $25 Shoprite gift card if they were lucky enough to have a winning board.

“Bingo surprisingly gets more people than I thought it would,” said junior and on-campus programmer Sam Schwartz. She was not exaggerating either; the event filled up most of the seating available in the Alumni Lounges.

Schwartz continued, “People like the prizes and the competition. The food’s really good, too. I wish I could take some home.”

The night started off cheerful and light-hearted. In the first two rounds, students had to have a traditional bingo: five across, down or diagonally. The winner of the first round received the “Breakfast Bag” containing Pop-Tarts, Rice Krispies cereal bars, dinosaur egg oatmeal, Quaker granola bars and Honey Nut Cheerios.

The second round winner was awarded the “All That and a Bag of Chips Bag.” This included Tostitos, Goldfish, a variety bag of snack sized chips, mild salsa and a print out of the logo from the 90’s television show, “All That.”

The winners of these two rounds were met with applause from the rest of the room. The supportive mood quickly switched as the night went on.

For the next round, participants had to have an H shape on their boards. The winner of this round got the “Snack Attack Bag,” which had goodies such as microwaveable popcorn, Gushers, fruit snacks, animal crackers and Cheeze-Its.

After this, the players had to fill out their card’s border, and victory for this round rewarded a lucky player with the “Cookie Monster Bag.” This contained double-stuffed Oreos, Chewy Chips Ahoy, Keebler Fudge Stripes, Keebler Chips Deluxe and Mallomars.

At this point in the night, the room became a bit resentful of winners. The applause had stopped, and had been replaced with groans and defeated sighs. There was still a trace of hope, though.

The next round had players trying to fill out an “I” shape on their board in exchange for the “Microwavable Meals Bag.” This bag contained Kraft Mac and Cheese, mashed potatoes, Chef Boyardee and Cup Noodles. After this, students had to make an X shape on their boards. This would get them the “Mug Cake” bag, which included a 14 oz. mug and six flavors of baked goods.

Once the “Mug Cake Bag” round ended, all the themed bags had been won and the tension in the room had dramatically increased. Objections and even some booing would follow whenever someone yelled out, “Bingo.”

“People got pretty mad because me and my friend both won,” said junior Marion Pamela Fabella. “I never really win these – it’s just luck. I just like having fun.”

Things only got more heated with the next three rounds. For these, players had to fill out the entire board in the hopes of getting a $25 gift card. These rounds lasted a considerably long time, which did not help with the temperament of the crowd. When the final round was won, students either left feeling triumphant or defeated.

While the game got heated, it was all in good fun. Even those not lucky enough to receive prizes were able to spend time with friends and take part in healthy competition.

“It was definitely a fun event,” sophomore Tess Aitchison said. “The categorized bags were a cute idea and I think that most people, even if they didn’t win, had a good time.”