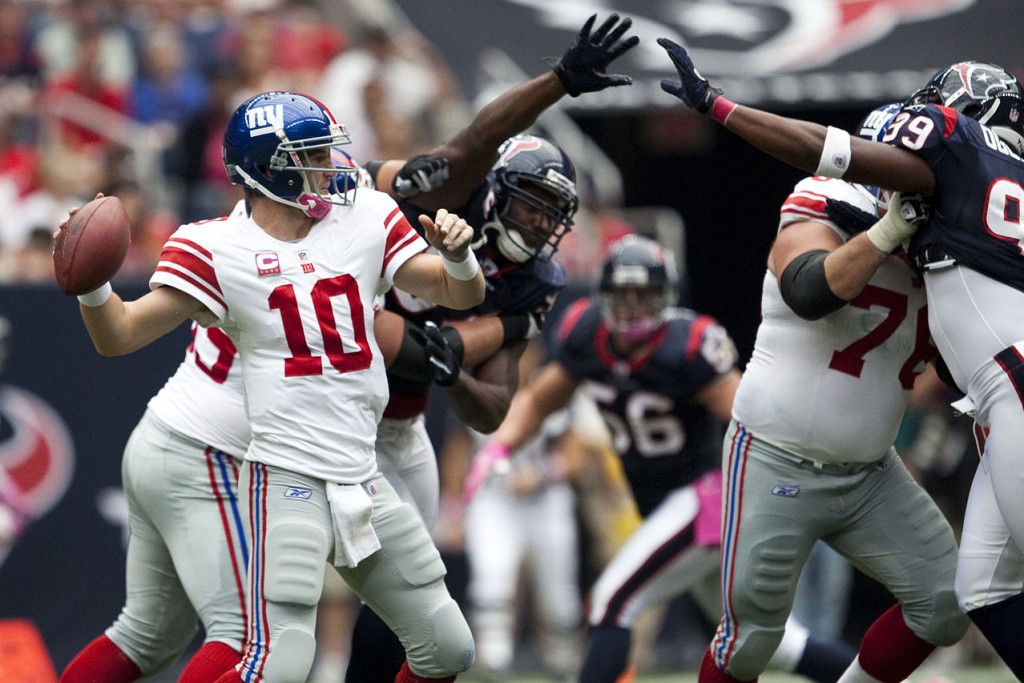 Quarterback is one of the few positions in the NFL where players usually improve as they grow older. Even though they may lose speed and athleticism as they reach their late 30s, they usually gain experience and a better understanding of the game. This has been the case for Eli Manning and Philip Rivers. These two players were once intertwined with each other in the 2004 NFL Draft. Manning was selected to the team then known as the San Diego Chargers with the first-overall selection, and Rivers was taken by the New York Giants. Sometime afterward, the teams finalized a trade to swap quarterbacks, forever changing the landscape of the NFC and AFC conferences for years to come.

This Sunday, the two quarterbacks are set to face off against each other for possibly the last time. Unfortunately for both players, the season hasn’t started the way they probably wanted it to. The Chargers are the newest Los Angeles team in the NFL, but they’ve brought their old habits with them from San Diego. Even though the squad hasn’t reached the postseason since 2013, quarterback Philip Rivers has averaged 31 touchdown passes per season since 2014. Things are looking bleak for LA after starting the season 0-4, losing three of those games at home. In a week three game against the Kansas City Chiefs, Rivers threw zero touchdowns and three interceptions. He also has a shaky offensive line that lost rookie second-pick Forrest Lamp to a torn ACL in training camp, according to Bleacher Report.

The Giants also join the Chargers in the category of 0-4 teams. The Giants’ struggles have fluctuated this season. The offense combined for 13 points in their first two games of the season, but Manning picked up the slack late in the second half in a pivotal Week three matchup against the Philadelphia Eagles. He accounted for three touchdown passes and lead the Giants to 21 unanswered points after being down 14-0. Manning continued his consistent play against the Buccaneers last Sunday after throwing for 288 yards, two touchdowns and running for a career-long rushing touchdown of 14 yards.

This is the fourth meeting between Manning and Rivers, with the three previous matchups resulting in a win for Rivers’ Chargers. In 2009, Rivers came in clutch, throwing a game-winning touchdown to Vincent Jackson in Giants Stadium. The 2013 game gave Eli a chance to redeem himself in San Diego, but the Giants lost 37-14. Rivers threw three touchdowns, including two to then rookie-star Keenan Allen, according to ESPN.com.

In what could be their last meeting, this is a historic bookend to one of the most memorable trades in NFL Draft history. Both players have surpassed various franchise records for their respective teams and have gone to a combined 10 Pro Bowls. Although the circumstances aren’t at an all-time high, both teams desperately need a win to avoid going 0-5 and being forced into getting a top-ten pick in next year’s draft, possibly to get the future of their team.