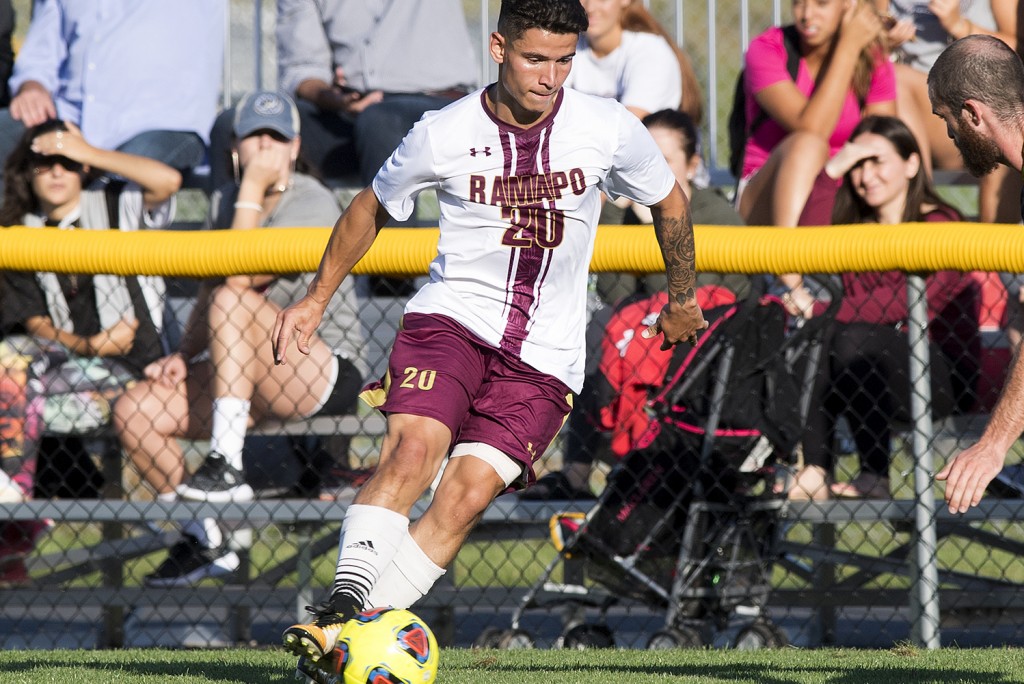 The Ramapo Roadrunners men’s soccer team was victorious over the City College of New York Beavers by a score of 7-1 in Mahwah on Wednesday afternoon. The win improves Ramapo to a 5-7 overall record on the season as CCNY currently sits at a dismal 0-10.

After two consecutive New Jersey Athletic Conference losses in heartbreaking fashion, the Roadrunners looked to bounce back against an exceedingly poor City College of New Jersey squad. Complacency set in as Ramapo assumed victory and the Beavers were able to strike first through their junior forward Kamaroudine Tchabalandja. Ramapo head coach, DJ Pinton, wasn’t happy with giving away a cheap goal but still had high expectations for the game.

“It was one chance and they got a goal,” Pinton said. “I’m never happy conceding but I wasn’t very concerned, to be honest.”

Pinton’s expectations were met by junior forward Edward Franzoni, who opened up his account and leveled the score in the 26th minute. Franzoni would go on to score three goals and chip in with one assist, recording a team-high seven points on the day.

Pinton spoke highly of his leading goal-scorer. “Eddy coming in off the bench today, he just had a great motor and helped us get past the early deficit by working hard.”

Ramapo began pouring on the pressure after the first goal, adding a second through junior forward Trevor Albrecht in the 36th minute and a third through freshman midfielder Edward Reyes just before halftime.

The Roadrunners put an end to the game very early on in the second half as their high pressing buried CCNY deep within their own half. Franzoni struck first again in the 52nd minute before junior forward Guilherme Denovaes added a fifth goal just two minutes later. Feeling left out of the action, Franzoni decided to earn his hat trick in the 55th minute by firing with his left foot from just outside the 18 and beating the keeper near post.

Ramapo showed remorse and took their foot off the gas, allowing CCNY to possess the ball inside their own half. The Beavers’ incompetent attack and strange commitment to constantly playing out of the back forced the Roadrunners to apply pressure and a seventh goal came in the 87th minute from freshman midfielder Paul Montufar. Ramapo recorded a staggering 27 shots with 16 of them on frame while also earning 9 corners.

Coach Pinton knows that games like today do not define a season but can help the team grow and find their form as some crucial NJAC matchups still need to be decided.