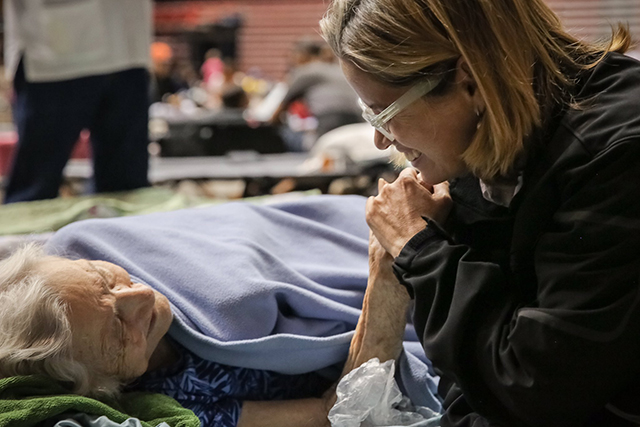 In an interview with Politico, Senator Marco Rubio of Florida recalled his visit to Puerto Rico to survey the aftermath of the hurricane.

Rubio mentioned the problems on the island are more complex than usual due to damages of transportation and communications system, and also said, “Their disaster response consisted of a paper map on a wall with sticky notes and four landlines that they were hoping people out in the field would be able to call in with a satellite phone and report back situationally what they’re confronting and what they’re seeing. Four landlines, hoping that satellite phones get through and sticky pads on the wall are not 21st Century responses.”

Residents were not able to use social media to communicate to rescue workers, friends and family because power lines were down, unlike Hurricane Harvey, where residents used social media to get rescued when emergency calls weren’t connecting.

Living in the midst of these conditions, Mayor Carmen Yulin Cruz spoke out to President Trump, begging for more assistance during the hurricane recovery.

President Trump took to Twitter to criticizing Cruz saying, “Such poor leadership ability by the Mayor of San Juan, and others in Puerto Rico, who are not able to get their workers to help.”

After these series of tweets, the Mayors of Chicago, New York, Miami Beach and Boston called the Mayor Cruz saying they are willing to help.

On the “Joy Reid Show," Cruz said it’s not about politics or petty comments, but is instead about moving forward, putting boots on the ground and saving lives.

Cruz said when the president visits Puerto Rico he has two options:

“One can visit as a photo op or one can visit to make sure things get done the right way.”

When Trump visited the island, he tossed out rolls of paper towels to crowds of people and joked that the Puerto Rican people have put the United States budget in a tough spot.

The goal should be saving lives. Actions taken during times like these reveal the true intentions of those around us. With the political jargon taking the stage instead of the real tragedies, we must remain focused. We cannot be distracted by anything else.

When any natural disaster occurs political views shall be put to rest because it’s about saving lives.