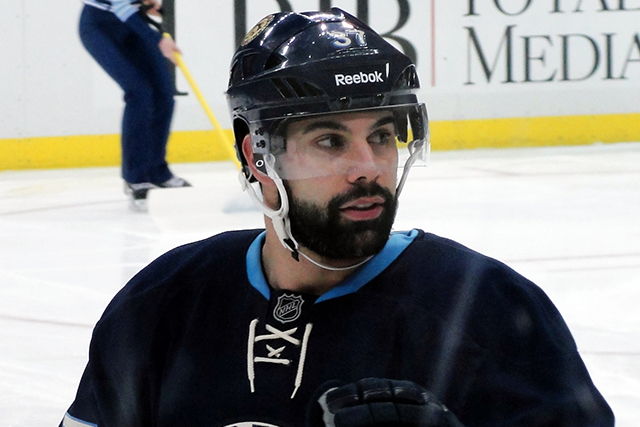 With training camp underway, and seven pre-season games scheduled before the regular season begins on October 7, there is a lot more time than expected for players to prove their worth. The Devils, unlike most teams like the Blackhawks and Penguins, have only two offensive lines, and two defensive pairings locked in as guaranteed everyday players. As the Devils are hopefully finishing a rebuilding process, this is to be expected. The question now is who is truly worthy of those spots?

Taylor Hall, Brian Boyle, Adam Henrique, Drew Stafford, Kyle Palmieri, Pavel Zacha, Miles Wood and Marcus Johansson are without a doubt, no brainers. Injury will be the only thing keeping these players from hitting the ice. Hall, Boyle and Henrique have proven their worth, of course. The same goes for Stafford, Palmier and Johansson. As for Wood and Zacha, they are among the best rookies the Devils have seen hit the NHL ice before.

The three players most likely to create the Devils fourth line for opening night are Stefan Noeson, Joseph Blandisi and Nick Lappin. The one player rumored to be a sleeper is Jesper Bratt, who has impressed since rookie camp.

The only defensive players that can be considered guarantees for opening night are John Moore, Andy Greene, Ben Lovejoy and Damon Severson. With NHL experience across all four of these players, they are without a doubt the only guarantees, pending injury. Moore, who has moved around the NHL, has always proven to be a dependable D-man. Greene sports the “C” and a team would be in true disarray without their captain on the ice and on the bench. Lovejoy, similar to Moore, has played around the league as well, and has won the Stanley Cup with the Pittsburgh Penguins. As for Severson, he has been brought up through the Devils organization as a powerful defenseman that brings a great presence to the ice.

As for the final spot, it’s a race to the finish between Dalton Prout, Steven Santini, Mirco Mueller, Michael Kapla and Yaroslav Dyblenko. Prout, Santini and Mueller exist as the favorites. Santini, who has been a part of the Devils organization the longest, stands the best chance, but Kapla and Dyblenko also have time to prove their worth during the pre-season and the remainder of camp.

Last and certainly not least, the goaltending. Cory Schneider will most likely be the starting goalie and Keith Kinkaid will back him up. This team has a very good goaltending tandem and yet again, only injury would keep these two from the opening night lineup. The Devils have a great chance of succeeding this year if the right chemistry is created between the old players and the new, considering there is a great amount of skill this team has to work with. If Coach Hynes keeps his head on straight, this team is destined to be back in the playoff picture.