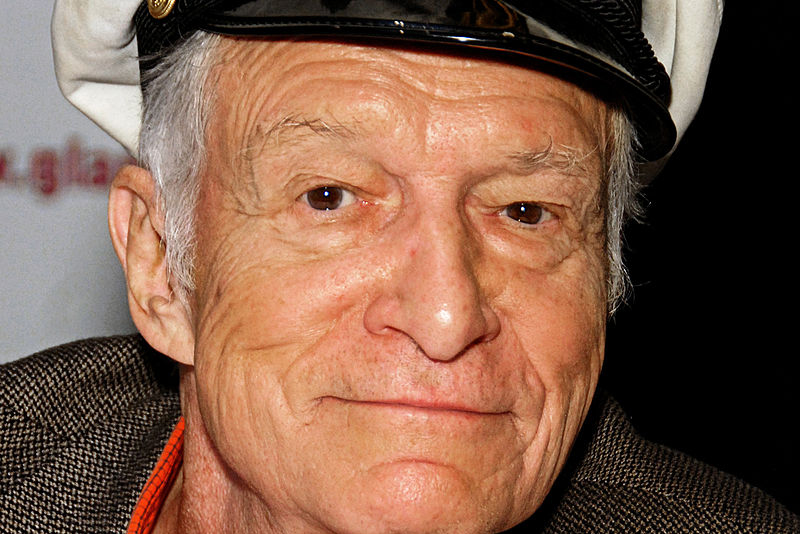 Hugh Hefner, best known as the creator of Playboy magazine, died at the age of 91 in his home on Sept. 27. But his contributions to society – both positive and negative – go far beyond the legendary skin mag.

To be sure, he was a controversial figure.

Hefner's ideas were revolutionary in a time where sexual freedom was unheard of. The debut of the publication marked the start of a new era in creating liberation for women.

“Although Hugh Hefner might have been a little vulgar, he allowed women to be hands on with what they wanted. He was able to boost their self-esteem by emphasizing a women’s physical and even mental attractiveness,” said senior Alyssa Bonheur.

It should be noted that in 1952, before the days of Playboy, Hefner was a copywriter for Esquire magazine. However, that year he quit his job due to the company’s inability to give him a $5 raise.

The following year Hefner took out a loan and started his own publication in an apartment in Chicago. Sex icon Marilyn Monroe was featured on the cover of the first issue after he bought a picture of her for $500. That first issue sold 54,000 copies and the magazine only grew from there. The magazine itself not only published provocative pictures of women, but also articles arguing in favor of abortion rights and access to birth control.

Hefner was able to sell sex in a demanding market that also was fighting against everything he stood for. Playboy was more than a publication: it was a brand and a way of life every man yearned for in the 1950s. The men of this time were able to get everything they wanted in a publication advice, politics and women.

As said in the NY Daily News, “Hefner deserves to be remembered as a significant historical figure for two reasons. First, he presented a compelling vision of "the good life" in post-World War II America that captured the ethos of abundance in this era. Part of this involved his efforts as a pioneering figure in the sexual revolution that sought to loosen traditional mores, perceptions and behaviors regarding sexuality.”

Many consider Hefner’s ideas to be centered on objectifying women but there is so much more to it than that.

He was able to create the idea that women could be more than the stereotypical roles that society pressured them to conform to. They were not required to be submissive housewives that could not show any form of sexuality. This kind of freedom allowed for society to be more accepting of women taking charge of their sexuality.

Although there is a lot of good to be said, not everyone agrees with the contributions he has made to society.

“I believe Hugh Heffner had a negative impact on society. His legacy promotes exploitation of women, and he pushed the notion of women existing for men’s pleasure. He led individuals to believe it was acceptable to objectify women,” said senior Jasmine Ingram.

Whether you think Playboy degraded or empowered women, he still paved the way for sexuality to be normalized more than ever before.