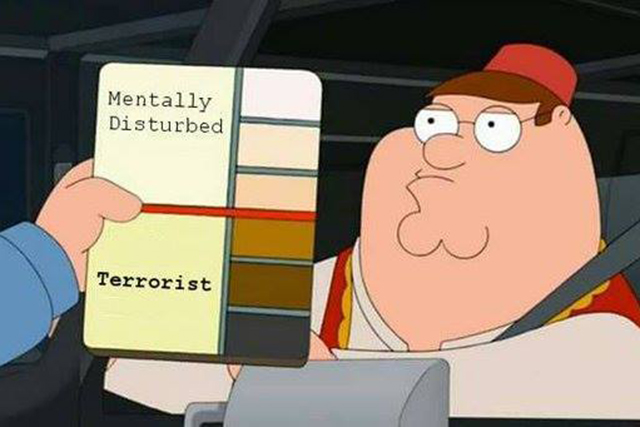 It's fair to say that people are still recovering from the horror unleashed on countless innocents in Las Vegas on the tragic night of Oct. 2.

As the days have gone by, many of the familiar subjects these events tend to bring up have come to surface: discussions on gun regulation and the treatment of the mentally ill.

However, one of the more unique controversies to come up regarding this tragedy pertains more to a matter of language. As various media outlets have referred to Stephen Paddock as a “lone wolf” or suggested he might have been suffering mental illness, backlash has emerged with some saying he should be called a terrorist and that the Las Vegas shooting should be deemed an act of terrorism.

Presently, the facts that authorities have communicated about the case thus far have not led them to the conclusion that this was a terrorist act, as it is legally defined. Terrorism, as defined by the FBI and by political scientists such as Louise Richardson of Oxford, describes an act in which a perpetrator commits an act of violence for the purposes of a political goal.

Given that no motive has been uncovered thus far regarding Stephen Paddock, it would legally be improper to call it an act of terrorism. However, disregarding backlash away with references to definitions can be a reductionist approach.

Often when evoking the word “terrorism,” media and public figures aren’t just making reference to acts, but to groups as well.

Groups like ISIS and Al-Qaeda, for instance, are referred to as “terrorist groups” rather than simply militia groups who engage in terrorism. Because of this, terrorism becomes viewed as less of an act one could perform, but an ideology of an enemy of the state.

Thus when people are encouraging media and public figures to label the Las Vegas shooting as an act of terrorism, they subtly assert two things: armed white men pose a statistically greater threat to the safety and security of Americans than do Muslims and immigrants altogether.

It should make no difference what ethnicity the killer is, no matter what, eyewitnesses and many others are just as terrorized. Terrorism now counts as a separate category of law enforcement, a category filled with different sentencing guidelines, special facilities and rules of imprisonment as well as a shift from an accused being viewed as a mere possible criminal to a full-fledged enemy of the state.

Nevertheless, the push is at least trying to imbue this tragedy with more gravitas, so as to encourage legal solutions that could prevent a similar tragedy from happening again. And for that it should garner sympathies as well as better alternative approaches.