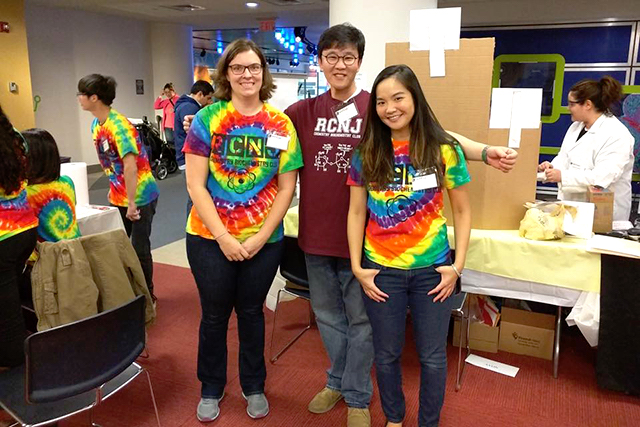 Over the weekend, the Ramapo community lost beloved biochemistry Professor Seung-Sup Kim. He began teaching at Ramapo as a part of the School of Theoretical and Applied Science in 2009 and worked with both 100-level general chemistry students and 400-level research students.

“The students all loved him,” said organic chemistry Professor Sarah Carberry of Kim. “It kind of died off in recent years, but three or four years ago, a lot of the students called him Dad. They referred to him as Dad, they didn’t refer to him as Dr. Kim because he acted like a father figure.”

Kim was diagnosed with cancer last fall, but continued to teach through the spring semester, something the students took note of.

“Last year, the Chemistry and Biochemistry Club came up with an award, and it was a professor of the year award,” Carberry said, recalling her favorite memory of him. “The first one was given out last year and they gave it to him because he was teaching through having cancer. That meant more than anything because it came from the students.”

Kim decided over the summer to take the fall semester off, but the TAS staff expected him to return in the spring and had put him on the schedule.

“He taught in the spring going through chemo, radiation, everything. You could tell sometimes he didn’t have a lot of energy, but in his mind, he was coming back,” Carberry said, noting that his confidence that he would return made his passing more of a shock.

“I always just enjoyed hanging out with him,” said Anderson. “He had the office next door so we used to just talk about things all the time.”

The loss of Kim also came as a shock to Anderson.

“I texted him on the very first class and I just said, obviously 'we’re thinking about you and miss you lots,' but also that ‘it’s not the same without you’,” he said. “It’s not going to be the same without him, he was absolutely integral part of the chemistry and biochemistry program.”

Kim is remembered as a professor and colleague that always went above and beyond. He was always the one to volunteer for Admitted Student Days and the Open Houses.

However, it was with his students that Kim truly made a connection and touched lives.

“He’s like a mentor, so we saw him pretty much every day of the week,” said senior Pritha Aggarwal. “He would joke around with us, make fun of us, tease us. We had a lot of fun.”

Not many students would consider work fun, but with Kim his students truly felt as if they were a part of a family.

“He was very close to anybody that he worked with,” said senior Christine Jaipersaud. “We were a part of his research team, so even though we were just students, and technically he was just supposed to be our research professor, he was really more like a dad.”

Because they spent so much time with Kim, so much that they joked about moving into the lab with air mattresses, picking their favorite memory with him was difficult.

“He always took us out for lunch at the end of the semester and he took us to this Korean place one time, Tofu House,” Aggarwal said. “We tried so much new food because he was like try this and this and this. That was a lot of fun.”

They also fondly recalled going on trips with him to the Liberty Science Center.

The Dean of TAS, Edward Saiff, remembered Kim as someone who was born to be a Ramapo professor.

“He was a great teacher. He was a really high powered researcher, but he was able to translate that into research that our students could do and all of the students ended up with presentations that they made either at our own TAS research symposium or some other research symposium.”

The fourth floor of G-Wing, where he spent time with his students and colleagues, is a bit more empty now. With this vacancy for the biochemistry convener, there is a big pair of shoes to fill.

“I never saw him without a smile,” Saiff said. “We’re really going to miss him. There’s no way in the world we can replace him.”