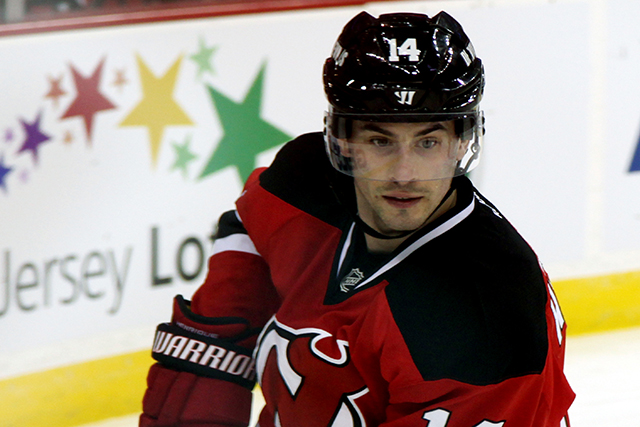 At 5-1-0 through their first six games of the season, Jersey’s team is playing at its best pace in 10 years.

After a long and productive offseason, signing first overall draft Nico Hischier and trading for ex-Capital Marcus Johansson, the New Jersey Devils were more than ready to get the journey going after a 5-1-1 preseason. Goals from players who weren’t expected to produce launched the Devils from third to last in the league last season, right to the top of teams who might be able to beat the odds and make a playoff push.

The first member of the team that has impressed beyond belief is 19-year-old Swede, Jesper Bratt. Drafted 162nd overall in 2016, he was a dark horse throughout training camp and the preseason. Fighting his way to the opening day lineup, he showed up to play. Scoring three goals in his first two games in the NHL opened eyes wide across the NHL. With his slick on-ice presence and the ability to move the puck like no other, he has certainly solidified his spot in the lineup.

The next member of the rookie camp that has blown fans away is Nico Hischier. Despite not having his first goal in the NHL, he has four assists. His awareness of his line mates in the offensive zone is scary and with a lot of questions still needing to be answered about who fits with whom best, Hischier fits right in no matter where he is. In Tuesday night’s win against Tampa Bay, Hischier was robbed by Lightning goaltender Peter Budaj twice. It just wasn’t his day, but he should not be underestimated; once he breaks through he will definitely be a force to be reckoned with.

Last and certainly not least among the young guns is Will Butcher. Butcher accumulated eight assists in his first five games in the NHL, something that has never been accomplished in the 100-year history of the league. On Tuesday against the Lightning he assisted again, bringing his points tally to nine on the season. Butcher’s ability to read his teammates and thread the needle with the puck proves exactly why he was awarded the Hobey Baker Trophy, which is the NCAA Hockey’s MVP. After not signing with the Colorado Avalanche, the team that drafted him, settling in with New Jersey has been the perfect fit.

Without a goalie, the tallies on the scorecard count for nothing. After Devils General Manager Ray Shero brought on a new goalie coach in Roland Melanson, the game play of Cory Schneider has gone through the roof. Struggling through last season with the Devils, Schneider’s play has been heavily influenced by his new coach. The same goes for backup Keith Kinkaid, who put on a clinic against the New York Rangers at this past Saturday’s Hudson River rivalry.

Beating the league’s best in Toronto and Tampa Bay and sitting atop the Metropolitan division, it can be said with confidence that the boys in red and black are back in town.