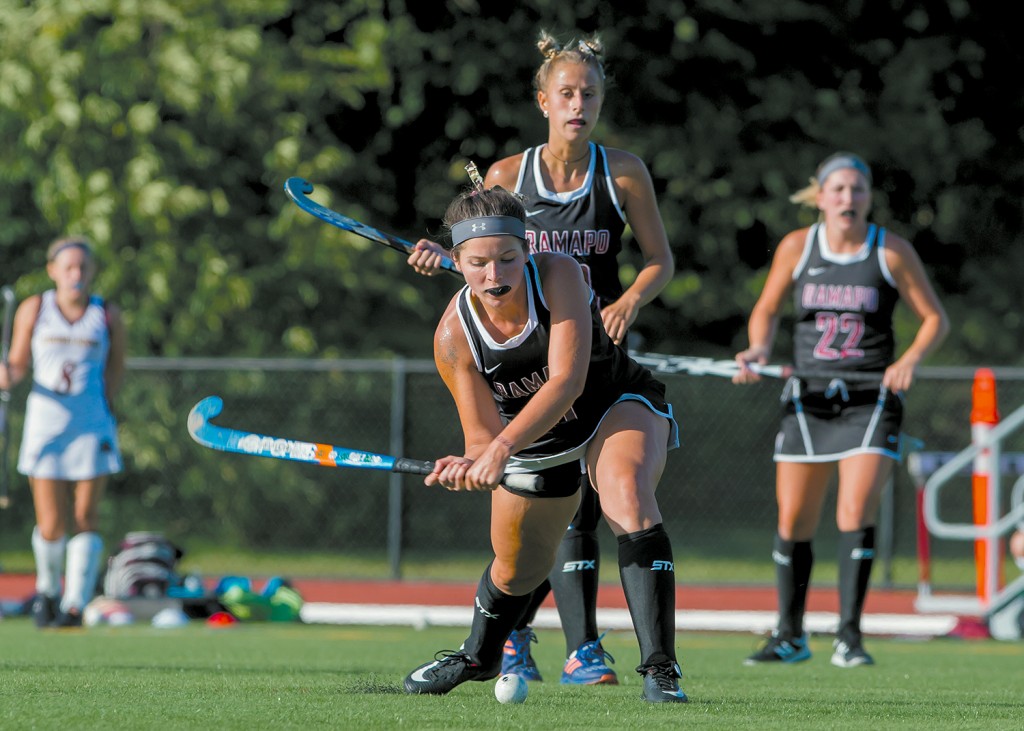 The Roadrunners looked to snap a four-game losing streak and to get back on track this season when they hosted William Paterson in a thrilling NJAC Conference matchup. The Roadrunners went on to win a very tight NJAC contest by the score of 2-1 in double overtime.

“It was great; we weren’t happy with ourselves after some of our play recently,” said Wisneski. “We really fought hard today and gutted our best and that’s why we were able to win.”

The William Paterson Pioneers would score first when sophomore back Nicole Goitianda put one in the net at the 19:12 mark in the first half. Goitianda scored unassisted for the Pioneers with her fifth goal of the year. The Roadrunners defense kept Ramapo within striking distance as senior forward Gianna Mouskourie scored her sixth goal of the year at the 47:31 mark in the game, and at the 22:29 mark in the second half to erase a 1-0 William Paterson lead that lasted 32 minutes.

Mouskourie’s sixth goal of the year was unassisted, and it helped even the momentum. Neither team was able to muster any offense for the next 45 minutes and 25 seconds of the game as both defenses shut down many scoring opportunities. It was tied at 1 with 7:04 remaining in the second overtime period when freshman forward Victoria Ewanis sealed the win for the Roadrunners with her third goal of the year.

Mouskourie stated that the Roadrunners’ defensive effort brought the team together as a whole.

“The defense held us together and brought us back up,” said Mouskourie. “We all as a team fell down for a little bit, but then we all wanted to win this and we wanted it so badly.”

“This was what we needed; this is a deciding factor, and it’s going to bring us into our last two games, so we really need to take that momentum and bring it to the next two games.”

Junior forward Stephanie Gallo thought that the thrilling double-overtime win against William Paterson will help turn the tide for the rest of the season.

“This is the turning point for the end of our season,” said Gallo. “We’re going to go strong. We’re going to finish and make this year count.”

The Roadrunners return to action this Saturday on Oct. 21 for a 1 p.m. start time against NJAC rival Stockton University, which will be senior day as fellow seniors Mouskourie, Wisneski, Lauren Berry and Taylor Marcialis will be honored before the game.