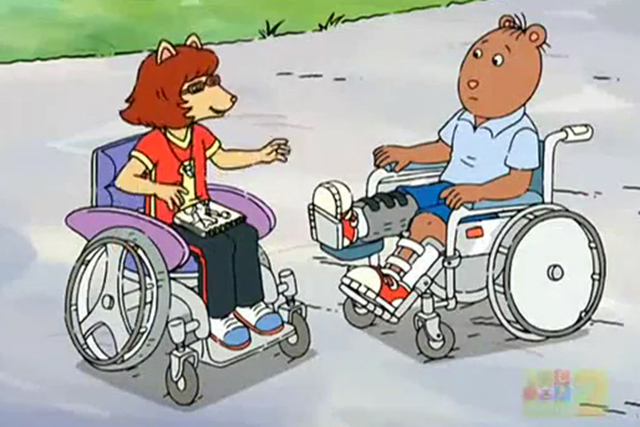 As part of Disability Awareness Month, the Women’s Center tackled this issue by hosting a discussion on disabilities and media representation last Thursday. The presentation was run by the Women Center’s health and wellness coordinator, junior Regina Cuddeback.

Cuddeback opened the presentation by discussing the continual lack of representation of disabled individuals in the media. She told the students that according to the Gay and Lesbian Alliance Against Defamation, 1.7 percent of all regular characters in television series were disabled in 2016. Cuddeback pointed out that while this shows improvements from the year prior, which had series regulars with disabilities at only 0.9 percent, the amount of representation is still vastly limited.

“Most of this is negative representation as well,” said Cuddeback.

Cuddeback then showed the students a series of clips from popular television shows and movies that portray disabilities. She started off by showing a scene from the television show “Glee,” which featured the character Artie, who is wheelchair bound, attempting to walk on crutches, only to fall down almost immediately. Most of the students concurred that this was an example of negative representation, as Artie is defined by his handicap and the limits it presents. This is a common misconception that the media presents to the general public, but many disabled individuals are able to thrive and competently manage their lives.

In comparison, Cuddeback then showed a clip from the children’s program “Arthur,” which featured Lydia Fox, a character who was also wheelchair bound. In the scene Cuddeback showed, Lydia was happy and independently functioning, and even played basketball. This was a sharp difference compared to the previous scene.

Cuddeback also discussed how it is common in the media for disabled characters to be the subject of violence. She showed a clip from the show “American Horror Story” as an example of this. In the scene, a character with Down syndrome was being drowned to death. Cuddeback told the students disabled characters “are nearly always killed off” in this show. This is characteristic of the rest of the media as well.

People with disabilities are also portrayed often as having an “eternal innocence” according to Cuddeback. She exemplified this by showing scenes from the movies “Forest Gump” and “Rain Man.” Both featured characters who have forms of intellectual disabilities, and are viewed as objects of pity.

“They are seen as burdens throughout the movie,” said Cuddeback.

Cuddeback pointed out that many of these movies and television shows “weren’t all bad,” but because there is such a minuscule amount of representation of the disabled community, it should be imperative to do it with respect and accuracy. Cuddeback used the television show “Switched at Birth” as an example of this. A main character in the show, Daphne Vasquez, and her friend, Emmett Bledsoe, are both deaf. In the show, these characters are not confined by their disabilities, but are instead able to manage their incapacities and live normal lives.

O’Besso continued, “It’s taking roles away from people who deserve them.”

“People need to be able to see them as basically not disabled in order to accept their disability, which is just confusing to me,” said Abrams.

Representation of people with disabilities, as with all minority groups, is crucial. The media needs to not only increase the amount of disabled characters, but also improve their portrayals of them. The American Census Bureau reported that about one in five people are living with a disability. These people deserve to be represented with both dignity and respect.

“There just needs to be more representation of them being people,” said Abrams. “They just need to be people.”