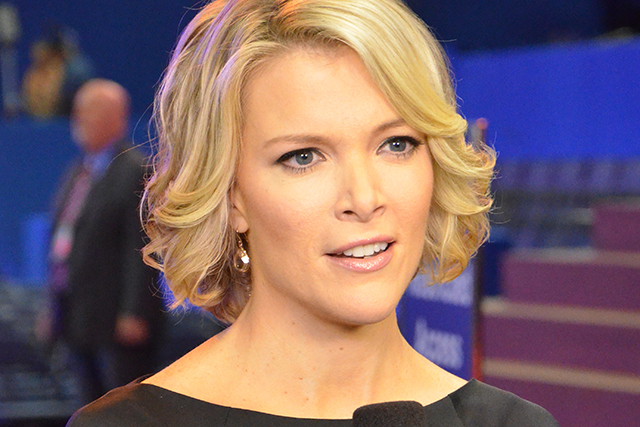 “Megyn Kelly Today” is hosted by former Fox News Anchor Megyn Kelly, who is most notably known for her coverage of politics.

During the pilot episode’s monologue Megyn Kelly said, “I’m kind of done with politics for now. For years I dreamed of hosting a more uplifting show. But how? Where? What?”

The goal of the show is to change people's views on everyday life.

“A show where its mission is to deliver hope, optimism, inspiration and empowerment,” said Kelly.

Each show begins with a monologue, then transitions to a recap of major news headlines through a lighthearted piece. The show continues with a chat with an NBC news anchor or expert and concludes with a celebrity interview or segment.

Before the talk show there was “Sunday Night with Megyn Kelly.” This show was a mirror image of “60 Minutes” that lasted only eight episodes.  According to IMDB the show received 3.8 out of 10 stars.

According to Nielsen Holdings, a global information and data measurement company, the debut week of “Megyn Kelly” was down 12 percent in total viewership from that time slot last year according to a report from Variety, an entertainment trade magazine.

On the first episode of the talk show, cast members from “Will and Grace” appeared to promote their new series rival.

During the “Will and Grace” cast interview Megyn Kelly surprised audience member Russell Turner, who is a huge fan of the show, by inviting him to come on stage and meet the cast.

Megyn Kelly jokingly asked Turner, “Is it true that you became a lawyer – and you became gay – because of Will?”

Kelly’s comments backfired when “Will and Grace” cast member Debra Messing responded to a comment on her Instagram page, asking why she appeared on Kelly’s show.

Messing replied, “Honestly I didn’t know it was Megyn Kelly until that morning. The itinerary just said ‘Today Show’ appearance. Dismayed by her comments.”

During the interview with Jane Fonda, Kelly mentioned her plastic surgery.

“You’ve been an example to everyone in how to age beautifully and with strength and unapologetically. You admit you’ve had work done which I think is to your credit. But you look amazing, I read that you said you’re not proud to say you’ve had work done. Why not?” Kelly asked.

“We really want to talk about that now?” said Fonda.

Megyn Kelly followed up the question by saying, “One of things people think about when they look at you is how amazing you look.”

“Well thanks,” Fonda said, “Good attitude, good posture. I take care of myself. But let me tell you why I love this movie that we did, ‘Our Souls at Night,’ rather than plastic surgery.”

According to USA Today, Fonda later told Entertainment Tonight Canada about the interview, saying that it “seemed like the wrong time and place to ask that question.”

On “Watch What Happens Live,” anchor Savannah Guthrie defended Kelly by saying, “Sometimes you ask questions in an interview and…live TV, there are awkward moments all the time.”

After a disastrous premiere week, Nielsen reported the second week of the show brought in 24 percent fewer viewers. The third week saw a 23 percent smaller audience.