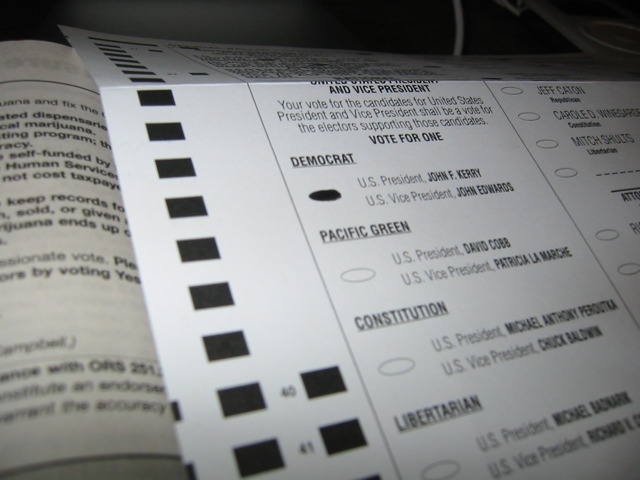 This time last year, citizens all over the U.S. were preparing to vote in the presidential election. While this year president is not on the ballot, it is important to realize that the votes cast in this election will have lasting effects on both a national and regional level. Because of this, the Civic and Community Engagement Center wanted to make sure all the students at Ramapo had the ability to vote by hosting a Mail-In Ballot Party this past Monday.

“I think that it’s really important that a campus makes an effort to allow students to voice their opinions and vote in an election,” said senior Emily Wisneski. “I am very thankful for this event.”

While at the event, students were able to enjoy delicious food while they filled out their mail-in ballot applications, as well as gain valuable information about the election. Most students hesitantly admitted they were uninformed about the candidates or even the positions that were being voted on. Much of the CCEC’s staff was there, though, to answer any questions students may have had.

Karen Booth, the assistant director at the CCEC, opened the event by explaining to students what a mail-in ballot is, what they will be voting on and the importance of utilizing their voices.

“Enjoy the food, enjoy the company, but let’s remember that tonight is about engaging,” said Booth.

A mail-in ballot is a way for people to vote by mail if they will not be able to attend the polling stations where they are registered to vote. As many students are away from home on voting day, mail-in ballots are an excellent way to still have their voices heard. In order to receive a mail-in ballot, the County Clerk must receive the application seven days prior to the election.

This election, New Jersey residents will be voting on who will replace Gov. Chris Christie. The main candidates are Lt. Gov. Kimberly M. Guadagno of the Republican Party and Philip Murphy of the Democratic Party. Other candidates include Gina Genovese of the Independent Party, Seth Kaper-Dale of the Green Party, Peter J. Rohrman of the Libertarian Party, Matthew Riccardi of the Constitution Party and Vincent Ross of the Independent Party.

Guadagno has run most of her campaign on the promise of reducing property taxes. Murphy, on the other hand, has made clean energy his top platform, according to NorthJersey.com, stating that he wants to make New Jersey “100 percent clean energy by 2050.”

According to a Fox News Poll, 47 percent of New Jersey voters are likely to vote for Murphy, while Guadagno trails behind at 33 percent. These figures were obtained on Oct. 14.

In addition to voting for governor, New Jersey residents will also be voting on state legislators in respect to their districts, as well as two ballot questions. At the event, CCEC members printed out copies of the questions for interested students. Residents can vote to either approve or deny the New Jersey Library Construction Bond Act, and will also vote on the constitutional amendment dedicating money from state environmental contamination cases.

Many students were appreciative of the CCEC for assisting them with the voting process, a task that can sometimes be daunting for voters still new to the system.

“I would never want to sit out of an election,” said sophomore Phillip Buechel. “We’re going to be stuck with these people for four years, we want to make sure we have a say in who’s being elected.”