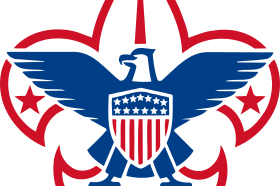 The Boy Scouts of America announced on Oct. 11 that they would begin allowing girls into Boy Scout troops while simultaneously creating a program that looks for older and eligible girls to be put on track for the rank of Eagle Scout. While reception from the general public has been almost entirely positive, there are those who take issue with the decision.

The most vocal and notable opponent is the Girl Scouts of the USA strangely enough. They argue that they alone are capable of providing young girls with the tools they need to succeed. For such a powerful organization with a history of supporting young girls to become empowered, this attitude is unfortunately toxic. Girls don’t need the Girl Scouts, they need to do what makes them feel powerful.

In 2017 we are lucky in that more people than ever recognize that empowerment of women comes not from any one source of recognition and success but from many. Young girls being allowed to join the Boy Scouts and take part in activities they are interested in while even being rewarded for doing so in a supportive team environment is a dream come true for many of them.

When discussing the decision with my peers, some women came forward admitting they had previous experience with the Girl Scouts and never liked it but that they may have enjoyed the types of activities the Boy Scouts engaged in. There are completely valid concerns people have about this big change to the Boy Scouts, with many noting the girls may be treated vastly differently from the boys and may feel uncomfortable in a traditionally male dominated group.

However, cowering in the face of these problems isn’t good for anything. We can’t let what could go wrong stop something really great from happening. Giving young women more options to express themselves and engage in team-building exercises is never a bad thing. The Boy Scouts may have just become a great avenue to be explored in this regard.

As for the Girl Scouts, their response may be seen as a product of their somewhat confusing place in today’s cultural landscape. While they have served to help build confidence in young women, they have done so by predominantly catering to “traditionally female” interests. There is nothing inherently wrong with this, as it teaches them useful and practical skills to use in life, but not all women will have the same interests. In 2017 where “traditional” interests are not as prioritized as they once were, this also means the Girl Scouts’ traditions in turn are less important to a certain degree.

Some girls will want to camp, learn to tie knots, build fires and do all other sorts of activities. The Girl Scouts seem to be threatened by this and their response has a regrettable air of dismissal towards the value of these interests. Girls will always get the most out of what the Girl Scouts teach them to do, but their “boyish” interests will take a back seat.

The road ahead towards complete acceptance of females into the Boy Scouts of America might be a long one but it is one worth taking. Hopefully the Girl Scouts of the USA will help them down this road too, because this isn’t supposed to be a competition.