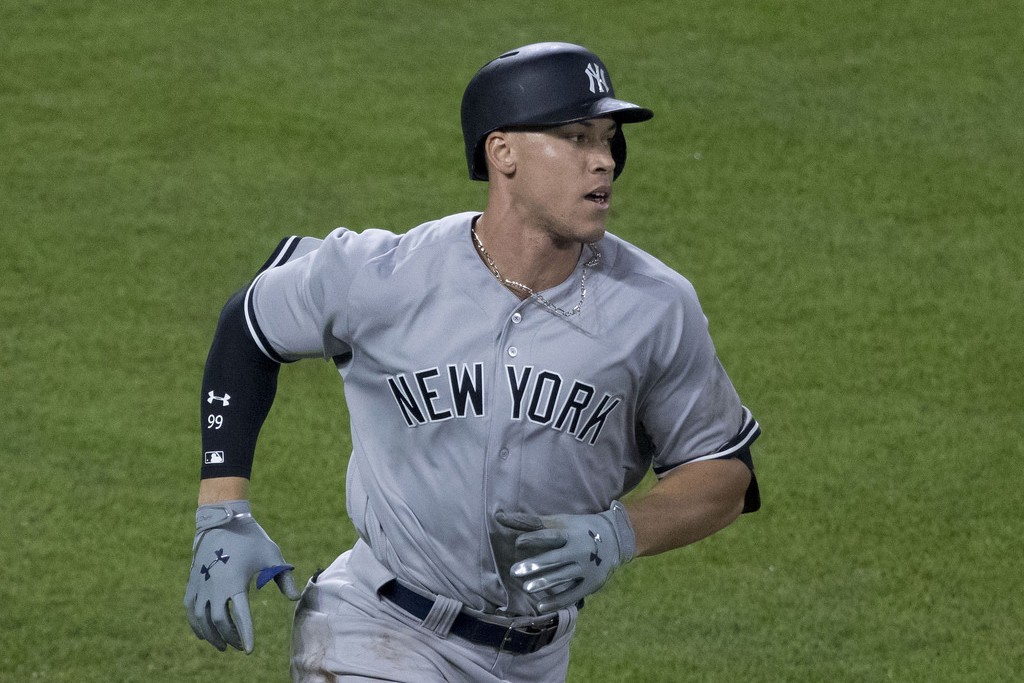 The New York Yankees hit the jackpot in 2017 with Aaron Judge. The 6 foot 7 inch right fielder exploded on the scene of the MLB this past season. There were high expectations for him but nobody saw this record-breaking and possible MVP season coming. Judge is a top candidate for the AL MVP award for the 2017 season along with Houston Astros’ Jose Altuve. Judge’s performance makes him a strong contender and puts him in the position to possibly be the first Yankees MVP in a decade since Alex Rodriguez in 2007.

The MLB broke its own record of home runs in a season by 412 home runs. The previous record was in 2000 when the entire league hit 5,693 home runs. Judge accounted for 52 of the 6,105 of the home runs hit by the MLB this season. Judge’s 52 home runs broke a rookie single season record for home runs. He led the entire American League in home runs and was second for the entire league, just behind Miami Marlins’ Giancarlo Stanton, who hit 59 home runs.

In the beginning of the season, Aaron Judge was looking at Triple Crown numbers. He continued to stay atop of home runs and runs batted in, but he was also close to the top of batting average. Eventually his average went down, which happens to all power hitters, but Judge managed to be in the top majority of the batting categories for the season. Judge was second in on-base plus slugging runs-batted-in to end 2017. Another record that Aaron Judge broke was walks in a season by a rookie.

Aaron Judge’s numbers speak for themselves and have taken him into discussion for the AL MVP. The next thing voters should look at is his effect on his team. His counterpart for the MVP voting, Jose Altuve, was a part of a 101-win and World Series baseball team and has also had his share of leading numbers. Altuve leads in hits and average but falls behind Judge in many other stats.

This was a “rebuilding” season for the Yankees, but the explosion of Aaron Judge made the Bronx Bombers a contender. If it weren’t for his performance the Yankees would not have been buyers at the trade deadline nor be a playoff team. As for Altuve, he did have major impact on the Astros organization. Without Altuve, the Astros would not be a 100-win team but would be a playoff team as they won their division by 21 games.

This 2017 season has been a historic one and will continue to amaze with this year’s awards. The MLB awards are announced in the offseason around wintertime when the season is finally complete. For the first time since 2001, Aaron Judge could join former Yankee Ichiro Suzuki as being honored as the Rookie of the Year and Most Valuable Player in the same year.