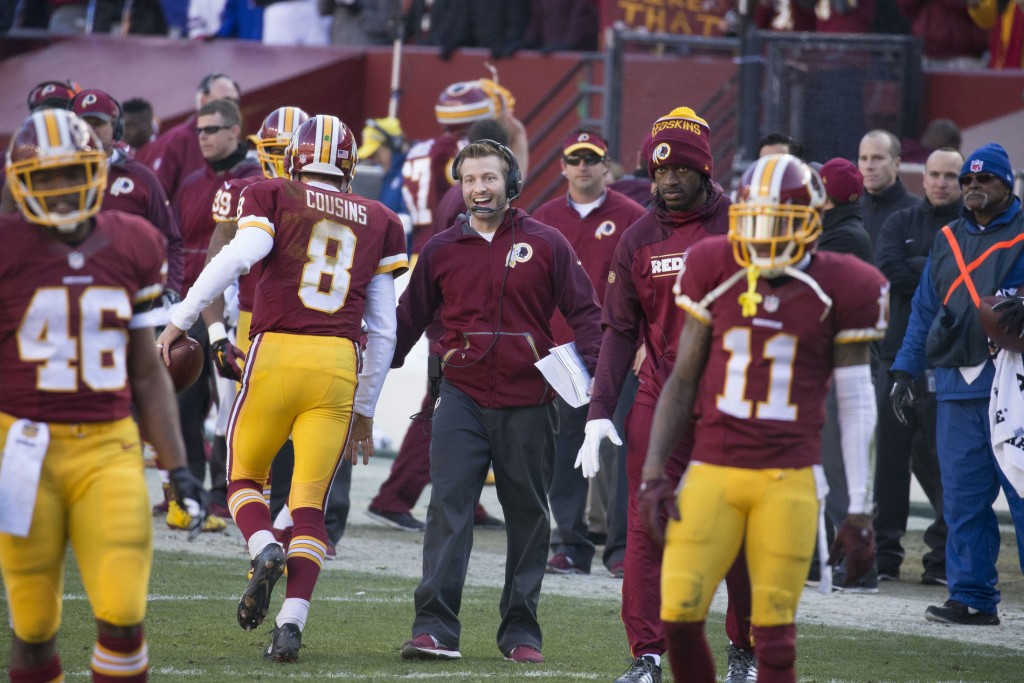 The 2017 NFL season has been strange to say the least.

Each of the four division leaders of the NFC, the Minnesota Vikings, the New Orleans Saints, the Philadelphia Eagles and the Los Angeles Rams, didn’t appear in the playoffs last year. Before the season started expectations weren’t high for these teams, but somehow none of them have lost three games through seven weeks of football. Each also possess a different formula for success.

Following Sunday’s blowout win against the Arizona Cardinals, the new-look Los Angeles Rams stand alone at the top of the NFC West. Boasting a 5-2 record, the Rams already have more wins than they did throughout their entire 2016 campaign. The improved play of Jared Goff and Todd Gurley have paid dividends for Los Angeles’ offense, which now leads the league in scoring. Rookie head coach Sean McVay calls the plays for the Rams, but he has also helped solidify the defense. Long-time NFL coach Wade Phillips was recruited as the team’s defensive coordinator by McVay this past off-season. Phillips made a splash, as the Rams had two defensive touchdowns in their season-opener against the Indianapolis Colts. Los Angeles has a bye this week, but they’re set to take on a struggling Giants team when they return Nov. 5.

The New Orleans Saints haven’t been to the playoffs since the 2013 NFL season, to which most people would blame their lackluster defensive-play for the past few seasons. In the first two weeks of the season, New Orleans let up an average of 32.5 points per game. However, the script has changed since their Week 3 win on the road against the Carolina Panthers. The secondary finally locked-up and caused fits for Pro-Bowl quarterback Cam Newton. Since that game, they’ve been undefeated. After trading Adrian Peterson to the Arizona Cardinals, the Saints have made Mark Ingram and rookie back Alvin Kumara their 1-2 punch. Both have cashed in productive performances in their previous two games against the Detroit Lions and the Green Bay Packers. New Orleans will look to improve to 5-2 against a vulnerable Chicago Bears team at home.

After a starting 5-0 last season and missing the playoffs, it seems the Vikings have learned from some of their mistakes. They immediately improved their subpar offensive-line through free agency and added running backs Latavius Murray and second round draft pick Dalvin Cook to bolster their running game. Although Cook tore his ACL, Murray and scat-back Jerick Mckinnon picked up the slack against the Packers and last week’s game against the Baltimore Ravens. With starting quarterback Sam Bradford out with a knee injury, backup Case Keenum has managed games well, going 4-2 in his limited playing time. Minnesota takes on the winless Cleveland Browns in London this Sunday, looking to improve to 6-2.

The Philadelphia Eagles officially have the best record in football after their win against the Washington Redskins on Monday night. At 6-1, many people have hopped on the “Wentz Wagon,” as the second-year quarterback leads the league in passing touchdowns. Tight end Zach Ertz and wide out Nelson Agholor have made a huge impact in Philly’s passing attack, accounting for 10 of Wentz’s 17 scores through the air. LeGarrette Blount has also played a role in the Eagles’ success, with big rushing performances against the Giants and the Chargers. Philadelphia plays the San Francisco 49ers, who are 0-7, at home this Sunday.

With another half of a season to go, the pressure is on these teams to finish strong and host a home-playoff game.