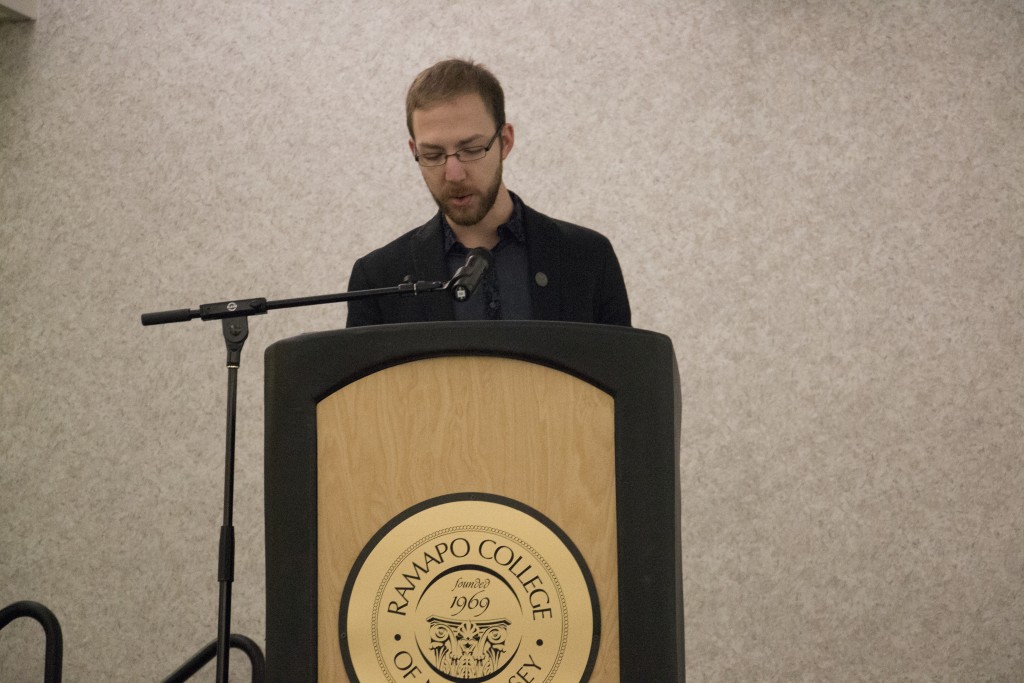 Aden Ardennes, a gay Manhattan freelance writer who grows his own food and produces a homoerotic magazine, was quite possibly the last person students expected to hear a speech on Satanism from, but much was learned from his presentation called “The Low Road: A Brief Overview of Satanism.”

Ardennes, a Christian Muslim American well versed in the Bible, Torah and Koran, turned toward the Church of Satan because he rejected these religions and was deeply invested in psychology and philosophy, calling his movement to Satanism “quite a homecoming.”

After addressing whether or not the Church of Satan was recruiting, which it is not, Ardennes went on to explain that you must be an Atheist who agrees with the entire Satanic Bible in order to be a Satanist.

“There are absolutely no monsters below and no big daddy above,” he said. “That may or may not be a gay joke.”

Satanism is a self-focused religion that centers on the present life. It is a “human philosophy designed for humans,” Ardennes stated. The goal is to preserve the integrity of Satanism and ensure the happiness of members.

While there are a few rules and sins, there is no absolvement of sins. In Satanism, you are your own god, so when the term “Hail Satan” is used, one is actually saying, “Hail me.”

“Normally we think they worshipped Satan, but that is a huge misconception,” said sophomore Alexis Tucker.

Manipulation is also key in Satanism. Ardennes argued that while many do not like to admit it, all people manipulate. He actually even co-authored a book for men about manipulation. Ardennes went on to explain that when a man buys a woman flowers to get her to go out with him, then acts polite and nice during dinner so the date does not end badly, he is in a way manipulating her.

Magic is also a component in Satanism. Lesser magic involves charming to change others while greater magic is charming to change oneself. In the general perception of magic, members have the titles of witches or warlocks, but in the Church of Satan, one’s title depends on rank of worldly accomplishments. Ardennes is a second-degree warlock, meaning that he has a high level of personal accomplishments, but he can still go higher.

Ardennes closed his presentation with information about the membership of the Church of Satan, making sure to point out the Church of Satan is, in fact, a federally recognized religion that does indeed pay taxes. Satanism is based on the Kabal concept, meaning that there is no official building and there are no meetings. After paying the $225 membership fee, members are free to come and go as they please. If one wishes to leave, they just mail in a red card and are free to continue living their life.

The warlock further explained that every member has their own private ritual, whether it be gardening, lighting candles or working out. Many Satanist members prefer to be anonymous. A few people turned down the offer to speak at this event but Ardennes agreed because he enjoys educating people when asked.

“I like how he didn’t force his opinions on us. He explained everything in depth but with clarity,” said sophomore Lauren Aloia.

Ardennes referred to the Church as an iceberg, stating, “The members above the water are few and hard to come by.”