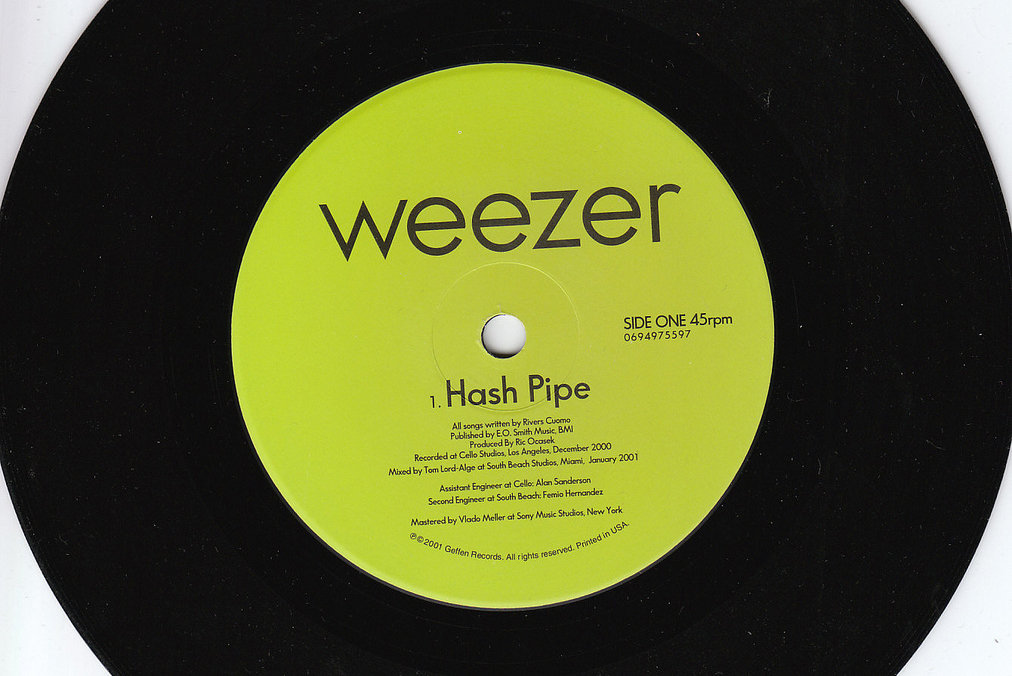 Being a Weezer fan is a grueling, full-time job. The days are spent tirelessly comparing their two successful top-tier albums of the ‘90s to their other mediocre albums that have been released throughout the 2000s. Dedicated fans will defend each and every corny song as “fun” and “catchy,” as well as champion each shallow dive into rap music as “innovative.” Unfortunately, the job doesn’t get any easier with Weezer’s 11th album, “Pacific Daydream.”

On Weezer’s previous album, Atlantic Records helped the band achieve an admirable power pop sound that scored the group a Grammy Award nomination for Best Rock Album. After parting ways with their “White Album” producer Jake Sinclair, Weezer worked with a handful of producers to craft “Pacific Daydream.” This band of producers did not help the band mark any new territory with this overly produced collection of ordinary sounding pop songs.

Following the release of Weezer’s acclaimed previous project, “The White Album,” lead singer Rivers Cuomo explained the band was already back in the studio working on their next album, tentatively titled “The Black Album.” When the upbeat track list they had didn’t match the dark working title, they decided to put those sunny songs on an entirely different record. The band plans to release “The Black Album” in May of 2018.

If Weezer is to release “The Black Album” as scheduled, that would mean the band would be putting out two studio albums in just one year. In this day and age, releasing music that rapidly is practically unheard of. With that in mind, it’s no wonder many of the songs on “Pacific Daydream” feel rushed and trite as though they were not fully fleshed out. It also feels like if a song wasn’t dark enough to fit the criteria of “The Black Album,” it was just thrown onto “Pacific Daydream” to sweeten up the space.

Many of these songs not only feel incomplete but forced. Even though songs like “QB Blitz” and “Any Friend of Diane’s” have moody, minor hooks that talk about how it feels to lose a close friend, the band fails to effectively convey those despairing emotions because the songs are generally upbeat from the beginning to the end of the song. As a result, those songs are weak and forgettable. From an instrumental perspective, many of these songs are based around calculated synthesizers and metallic drums. Most of the songs on this album are missing the mess of guitars that have always defined Weezer’s alternative rock sound.

Aside from its weak production, “Pacific Daydream” does have a few shining moments that genuinely sound like classic Weezer. For instance, the first track, “Mexican Fender,” opens with blaring guitar riffs, and closes with three-part harmonies, evoking the vocal bliss of bands like Queen and the Beach Boys. Even as Rivers Cuomo approaches his 50th year, the songwriter is still churning out songs about striking the right conversation and how it feels to be considered hip and cool.

The reasons why people love Weezer’s music are also the reasons why they’re never quite satisfied with it. If the group never experimented with new sounds, people would complain that they’re one of those bands who never take a step outside their comfort zone. But on an album like this, where the experimenting is so extreme it pivots the band into an entirely different genre, it’s a musical culture shock. “Pacific Daydream” has exclusively fun moments for pop music lovers, but fans who were anticipating a solid follow-up after “The White Album” may be disappointed in the direction the band decided to go in.