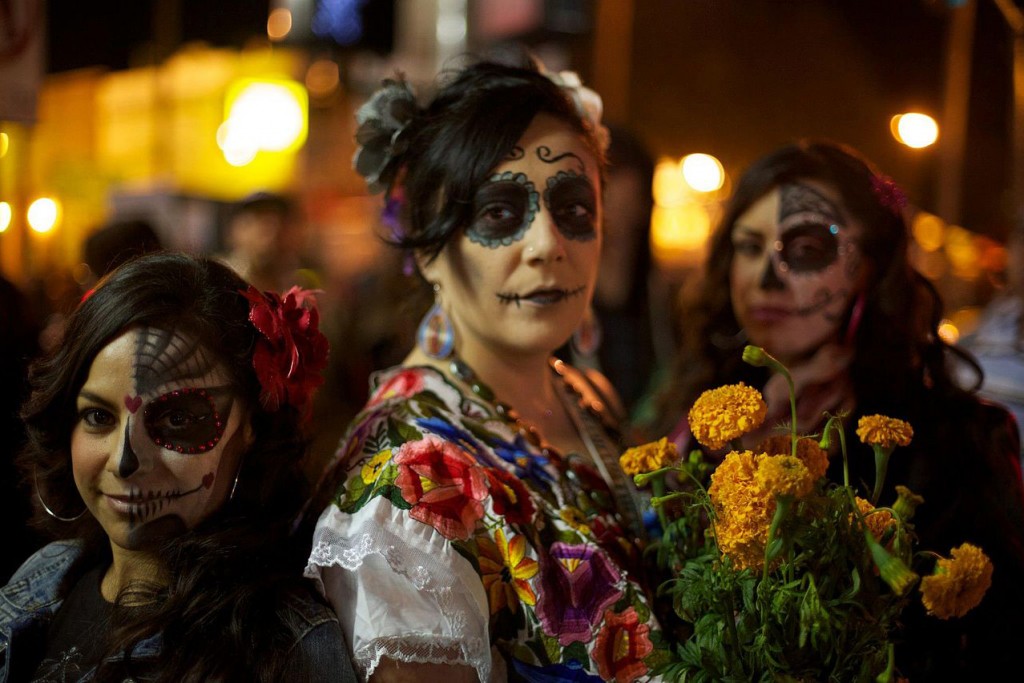 The Day of the Dead is a traditional Mexican holiday in which the people of Mexico celebrate the lives of loved ones who have departed into the afterlife. It is believed that on Oct. 31 at midnight, the spirits of those departed come visit their families until they depart once again. Unlike Halloween, Day of the Dead is a three day event starting Oct. 31 and concluding Nov. 2.

Instead of being very dark and frightening, this holiday is actually more about celebrating life, aside from what people may see on the surface. On this day, the streets of Mexico are filled with different traditional and indigenous decorations, flowers, skeletons, skulls, candy and different parades. In order to celebrate Día de los Muertos, the families make specially decorated altars with pictures of their departed loved ones, as well as candles, skull figures and different traditional dishes.

In hopes of educating students about Día de los Muertos, last Monday the brothers of the Resistentes chapter of Lambda Sigma Upsilon Latino Fraternity, Inc. hosted Day of the Dead Paint & Sip. While listening to traditional Mexican music, students, staff and friends had the chance to paint a canvas relating to the holiday.

Paint & Sip instructor and Ramapo alumna Caroline Chavez said, “This was a very out of the normal paint and sip workshop that I usually host. I am usually teaching different couples how to paint a nice scenery. Tonight, I was able to teach how to paint but with a greater purpose.”

She continued, “Many people overlook this holiday in America, and I was very glad that the brothers of Lambda Sigma Upsilon Latino Fraternity, Inc. were not one of them.”

The event started with a small workshop that created different conversations on what the holiday actually is. Lambda Sigma Upsilon President Joseph Rodriguez was enthused and happy to see the amount of support that this event received.

“This event was very successful and we could not have done it without the support of Tamika Quick and The Office of Equity and Diversity,” Rodriguez said.

As guests were finishing up their skulls on a canvas, many of them were very satisfied with the event’s outcome. Sister of Lambda Theta Alpha Latin Sorority, Inc. Caterine Castillo said, “This was one of the best events I have attended at Ramapo. It focused so much more on the Mexican holiday than anything else and it gave an opportunity for students of different backgrounds to bond over the Day of the Dead.”