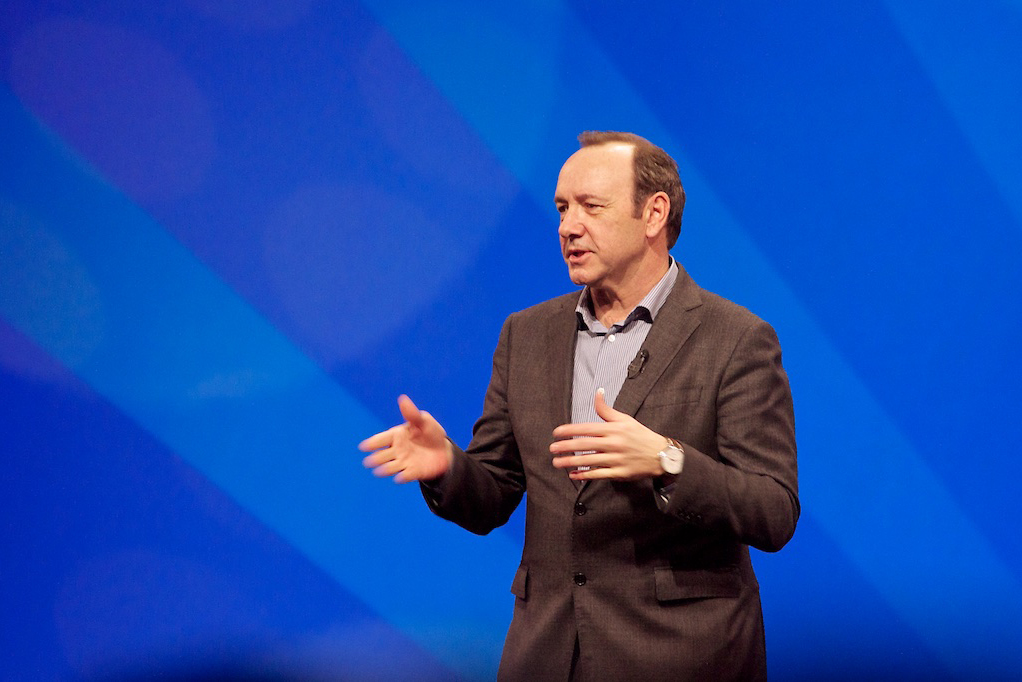 “Star Trek: Discovery” actor Anthony Rapp came forward last week to accuse the star of Netflix’s “House of Cards,” Kevin Spacey, of sexual assault. On Oct. 29, Buzzfeed News released an article in which Rapp stated that Spacey “invited Rapp over to his apartment for a party, and, at the end of the night, picked Rapp up, placed him on his bed, and climbed on top of him, making a sexual advance.” The incident took place in 1986 when Spacey was 26 years old and Rapp was 14.

Spacey promptly responded to the allegations the same day, posting via Twitter a statement in which he wrote, “If I did behave then as he describes, I owe him the sincerest apology for what would have been deeply inappropriate drunken behavior.” He then went on to explain that the allegations against him have allowed him to reevaluate aspects of his life, writing, “I choose now to live as a gay man.”

Spacey is joining a rapidly growing list of deplorable men in Hollywood accused of sexual harassment. Hollywood is a patriarchal powerhouse that has served as a breeding ground for sexual assault for years, and it seems only now that victims are beginning to be able to step forward. Still, Spacey’s comments, and the public’s reaction to these comments, prove that society continues to dangerously underestimate the severity of sexual harassment.

Spacey’s statement was not an apology but instead a calculated distraction. He refuses to take full responsibility for his actions and instead attributes what “may” have happened to intoxication and repressed homosexuality. This is incredibly damaging to the LGBTQ+ community, which has spent years tearing down unwarranted stereotypes casting them as predators.

But Spacey’s comments are especially menacing because they have successfully taken the narrative away from Rapp. Many headlines that followed Spacey’s statement led with his coming out instead of what he is actually being accused of: pedophilia.

Rapp was a child at the time, over a decade younger than Spacey would have been. The trauma that Rapp would have to endure after that is unimaginable, especially given the fact that he had to spend years bombarded by images of his perpetrator in the media. This is what the story is about, not Spacey coming out of the closet. To even associate the two is insulting to both the LGBTQ+ community and Rapp himself.

We need to stop treating sexual assault in Hollywood as mere scandal. It is a crime. We also need to take responsibility for the reality we have created. We allow powerful men to get away with assault, choosing to ignore or not believe victims’ stories.

For example, in 2014 Dylan Farrow, Woody Allen’s adopted daughter, wrote an open letter published in the New York Times accusing Allen of molesting her when she was a child. Despite the allegations, Allen has continued to work in Hollywood, relatively unscathed by these allegations. Notable celebrities continue to work with him, either pretending not to know about these accusations or choosing not to believe them. Alec Baldwin, who was working with Allen at the time, tweeted out, “You are mistaken if you think there is a place for me, or any outsider, in this family’s issue.”

Herein lies the problem. Sexual assault is not a family issue, nor is it a drunken mistake or a result of suppressing gay feelings. It is an unacceptable crime that needs to be appropriately punished. I do not want Spacey to pay for the crimes he has committed where people like Allen have not. I’m not denying that Spacey is a great actor, but I never want to see him act again. The only place he deserves to be is behind bars.

Since Rapp bravely exposed Spacey for the despicable man that he is, more brave victims have come forward, and we need to listen to and applaud each. Do not let Spacey’s claims of seeking treatment or any other stunt his PR team thinks up distract you from the psychological damage he has inflicted on these men. He is a criminal and needs to be regarded as such.