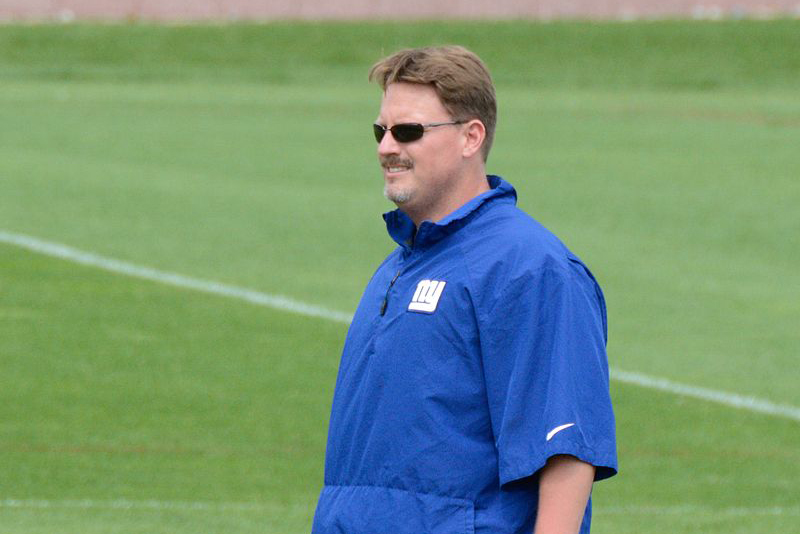 The 2017 NFL season was supposed to be a memorable one for the New York Giants. Instead the year can be categorized as a “Giant Meltdown.”

Following Sunday’s 51-17 loss to the Los Angeles Rams, the Giants sit at 1-7 through their first eight games, putting them in second to last place in the NFC overall standings. If the season ended today, the Giants would have the third overall draft pick in the 2018 NFL draft.

The Giants had entered the season as one of the favorites to represent the NFC in the Super Bowl. Coming off a successful 2016 campaign under first-year head coach Ben McAdoo, the Giants finished 11-5, securing a wild-card spot in the playoffs. But their season ended quickly as Aaron Rodgers and the rest of the Green Bay Packers defeated them 38-13.

Entering the offseason, the Giants had major question marks surrounding their offense, specifically their offensive line. The team had no running game and couldn’t give quarterback Eli Manning enough time in the pocket for plays to develop. If star wide receiver Odell Beckham Jr. wasn’t making any plays the offense became stagnant.

General manager Jerry Reese seemed to have improved the offense when he made a splash in signing veteran wide receiver Brandon Marshall. Reese also addressed the offense on draft day, when the team selected tight-end Evan Engram with their first pick quarterback Davis Webb, in the third round, and running back Wayne Gallman with their fourth-round selection.

So, the question Giants fans are now asking is, what went wrong?

Coach McAdoo is now facing criticism as reports have come out that he has “lost the locker room,” following his team’s horrible start. It’s hard to fathom a coach losing the locker room only in his second season as head coach. Unfortunately for McAdoo, in New York it is a “what have you done for me lately” sports market.

It may not seem fitting to fire a head coach after his second year on the job, but if reports are true and McAdoo continues to throw players under the bus, dark days could be looming for him. Cleaning house doesn’t end with just McAdoo though.

NFL general managers are known to be stubborn, and Reese is a perfect example. Reese assumed that an offensive line that was a laughing stock throughout the league in 2016 could drastically improve the next season. Much of the scrutiny toward the offensive line has been headlined by left-tackle Ereck Flowers, who is getting a reputation throughout the league as a “bust,” with “horrible footwork.” Yet Reese refuses to believe that he made a mistake on drafting Flowers as he remains the starter.

Reese has only made a handful of successful moves which includes drafting Odell Beckham Jr. and Landon Collins, along with signing Damon Harrison and Janoris Jenkins in 2016.

Eli Manning also seems to be on the back nine of his Hall of Fame career. Many NFL teams are centering their franchise around dual threat quarterbacks, who are both well in the pocket and can also run with the ball. Manning quite simply doesn’t fit that mold. In order for this team to grow, especially behind a putrid offensive line, Manning might have to step down.

With eight games left in the season, it’s unknown what the Giants can do to affect a 2018 offseason that will be closely watched by many spectators.