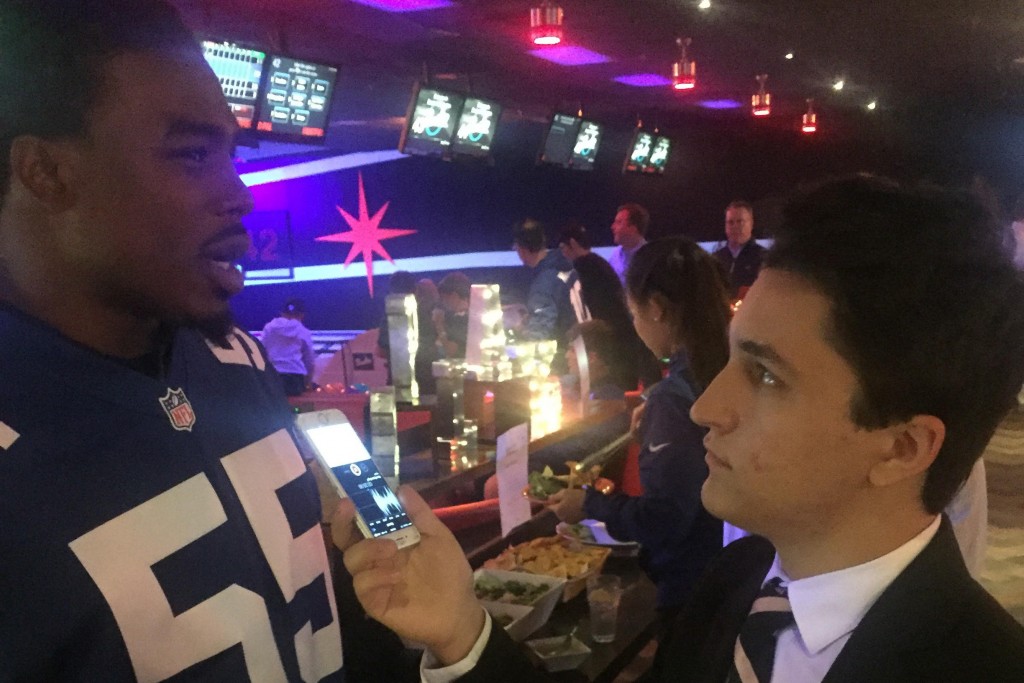 Scott Matthews, the executive director of Intensive Therapeutics, helped put together his eighth annual event with the help of the Giants and a few of their players.

Since being established in 2005, the organization has preached its community and family roots as the reason for its existence. Now thanks to the football club and a few of their players, Intensive Therapeutics has been aided with sponsorship and support.

The event featured a buffet of food, a silent auction and bowling for everyone to enjoy. Thomas brought his family and bowled a couple rounds while hosting the event.

“I’m just blessed with the opportunity to be able to come and support the event on behalf of the Giants,” said Thomas, whose younger brother has autism. This propelled him to get involved and give back to the community for a cause he was passionate about. Unfortunately for Thomas, he was unable to attend last year’s event because of a surgery required to repair his torn ACL, which he injured in the Giants’ 2016 regular season opener against the Dallas Cowboys.

“It’s an honor for me to be here tonight, as last year I was getting surgery on the same weekend, so it’s really cool to be here,” said Thomas.

Thomas’ teammate Jonathan Casillas also stopped by with his family and even signed memorabilia for Giants fans. Casillas was born in Jersey City, New Jersey and played high school football in New Brunswick. After winning the Super Bowl with the New Orleans Saints in 2009 and with the New England Patriots in 2014, Casillas was excited to come home when he signed with the Giants in 2015. He is also very active in various communities throughout New Jersey and was happy to come to Thomas’ event.