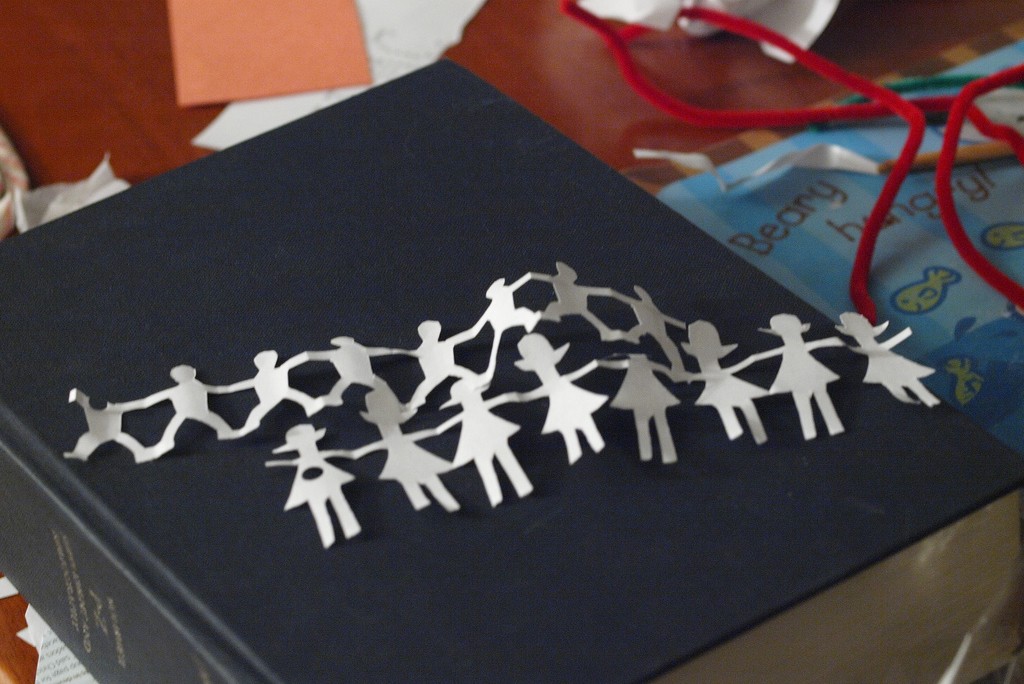 The image of hand-in-hand paper doll cutouts often seen online signifies the celebration of Universal Children’s Day, which takes place on Nov. 20. The image from the Child Rights Campaign, an advocacy group for the Convention on the Rights of the Child, suggests that kids across the globe are connected, supported and can flourish.

Here in the U.S. we assume that to be true. We all want this connected, supported and thriving – rather than merely surviving – state of being for our children. After all children are the leaders of tomorrow, it makes sense that we invest in and protect them.

The CRC outlines an agreement between all nations to help ensure the rights of children regardless of their race, ethnicity, gender, ability, culture, religion and socioeconomic status. It reads, “This treaty provides a framework to help governments ensure that children and families have certain rights and protections.” The themes that are addressed in the CRC’s 54 articles are children’s survival, their development, protection and family and child participation.

However, the U.S. has yet to ratify this convention. In fact, even Somalia recently signed the treaty, leaving the U.S. as the only country in the world not to ratify the CRC.

Next week the world will be celebrating Universal Children’s Day, bringing awareness to the rights of children all across the globe, rights such as safety from abuse and sex trafficking, freedom from violence and freedom from poverty and oppression. Under the treaty, a child has the right to have a home, clean water, food, emotional stability, and to play and thrive psychologically, emotionally and physically.

However, the U.S. may or may not be celebrating on the 20th. Taking a back seat by not endorsing the treaty, the U.S. misses the opportunity to take a global leadership position and join other nations in standing “united in their universally shared goal to protect and promote children’s best interests,” as per the Child Rights Campaign website.

Some startling statistics may explain the need for ratification now more than ever. More than 16 million children or roughly one in five were living in poverty in the U.S., not knowing where their next meal was coming from, according to the 2011 U.S. Census.

The U.S. incarcerates more youth than any other country in the world. Over 70,000 juveniles were incarcerated in youth facilities as of 2010. And “some 10,000 children are housed in adult jails and prisons,” according to the Equal Justice Initiative. Children have been sentenced to the death penalty with as many as 365 legally executed in the U.S. They are tried as adults as young as 13 years old and sentenced to life imprisonment without parole.

A new report released this week reveals that one in every 30 children in the U.S. is homeless. NBC News stated, “That’s about 2.5 million kids, and an 8 percent increase to ‘an historic high,’ according to the study from the National Center on Family Homelessness. Just over half are younger than six years old.” These and other facts point to the need for ratification of the CRC now.

By taking a leadership position and ratifying the Convention on the Rights of the Child the U.S. affirms its testament that the common understanding among countries and communities is that children have the right to “survive and develop; to be protected from violence; and for their right to participate in their communities.” It’s important now more than ever to restore U.S. leadership in human rights and improve conditions for children everywhere.

Now is the time to advocate for children’s rights because our future depends on it, and there are several ways to start. Urge your state and federal representatives to support the ratification of the CRC by writing to them, and celebrate Universal Children’s Day on Nov. 20 by wearing rainbow colors and keeping the conversation going by bringing awareness to child rights.

Like and follow the Facebook page Child Rights Awareness, sponsored by the Ramapo College Graduate School of Social Work Policy 2017 cohort. Utilize advocacy resources like: Child’s Rights Campaign, Unicef, the Children’s Defense Fund, The Future of Children, First Focus, The U.S. Child Poverty Action Group and Common Sense Kids. Stay engaged and invest in the future by assuring that the U.S. joins the rest of the world and take a stance on children’s rights.