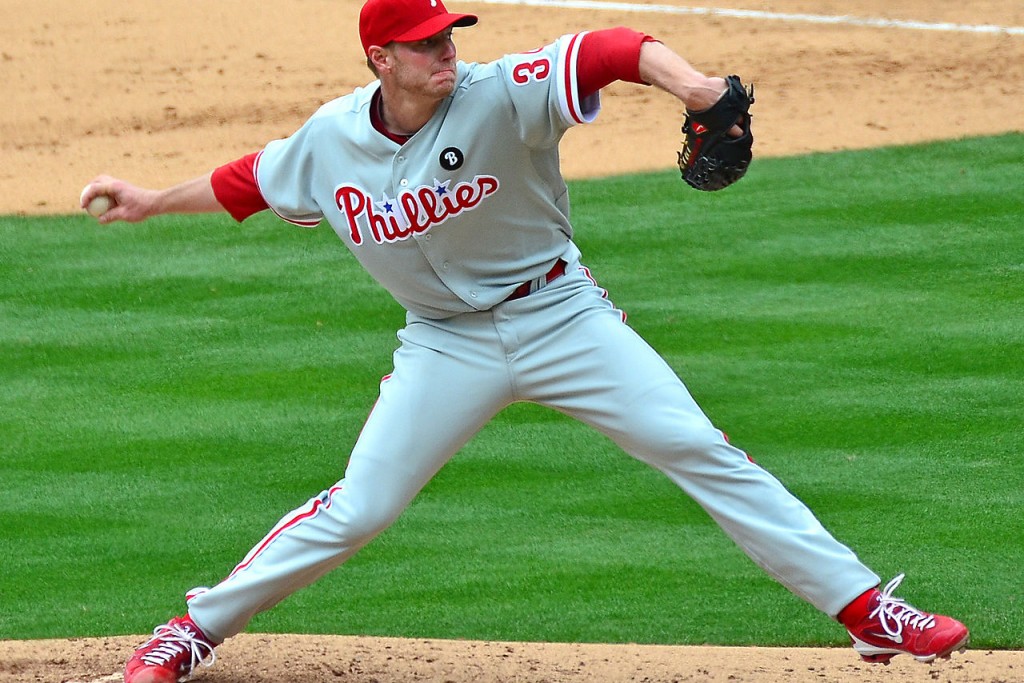 It is not a common occurrence for the entire baseball community to pause and mourn the loss of a single player. Roberto Clemente, Thurman Munson and José Fernández showed how great of an impact the sudden death of young players has on fans across the country.

Last Tuesday it happened again, as the baseball world was stunned with the tragic news that Roy Halladay was killed in a plane crash off the coast of Florida in the Gulf of Mexico. He was just 40 years old.

Halladay began his career with the Toronto Blue Jays in 1998 and, after a shaky start that included a demotion to Single A, became a fan favorite and the shining penny of a team that was struggling. After 11 years with the Blue Jays, which included six All-Star appearances and a Cy Young Award in 2003, Halladay was traded to the Philadelphia Phillies after the 2009 season.

This became a pivotal moment for the Phillies, as they were just coming off of two World Series appearances (winning it all in 2008, and losing to the New York Yankees in 2009). Needing another solid starter, the front office hoped to find that in Halladay, who had never appeared in a post-season. Fans were weary, wondering if a former Blue Jay could fulfill their high expectations.

Fortunately, it did not take long for Halladay to prove his worth.

In the 2010 season, Halladay dominated for the Phillies. He had a 2.44 ERA and recorded a 21-10 win/loss record, earning him another Cy Young Award and All-Star appearance.

With the Phillies, Halladay pitched the 20th perfect game in MLB history in a 1-0 win against the Florida Marlins, but his most impressive performance occurred on Oct. 6, 2010 against the Cincinnati Reds. Halladay threw the second no-hitter in post-season baseball history in the first game of the NLDS, and hope was restored in Philadelphia.

Any Phillies’ fan can recite exactly where they were when this game took place, as it represented that the Phillies were no longer the underdogs, that their baseball team was one of the best in the country.

It didn’t matter if you were a 13-year-old at a softball practice, laughing as a coach threatened the team with sprints or someone who was at the game and still has the grainy footage they took on their cell phone of the final out. This generation of Phillies’ fans will always remember Halladay as one of the best pitchers they ever saw and someone who gave them hope for the future, even if it did not end with another World Series title.

The no-hitter went on to symbolize the end of an era in Phillies baseball. After losing to the San Francisco Giants in the NLCS of that year, the Phillies steadily declined. Players got old, including Halladay, who retired in 2013 where he began his career in Toronto.

But Halladay was more than just a pitcher. He was a father of two, a mentor, husband, coach and ultimately, a man who had a drive to be the best. Any follower of baseball, whether a fan of the teams he played for or not, was taken aback by the news and the true tragedy of what happened. Halladay was a person, and the outpour of support for his family from players across the league speaks volumes to just how respected he was both on and off the field.

Fans and teammates will remember the humble and hardworking pitcher that captivated everyone he encountered, setting a standard for what it takes to become the best. Former teammate Chase Utley put it best when he released a statement, writing “RIP Doc, but knowing you, rest in not in your vocabulary.”