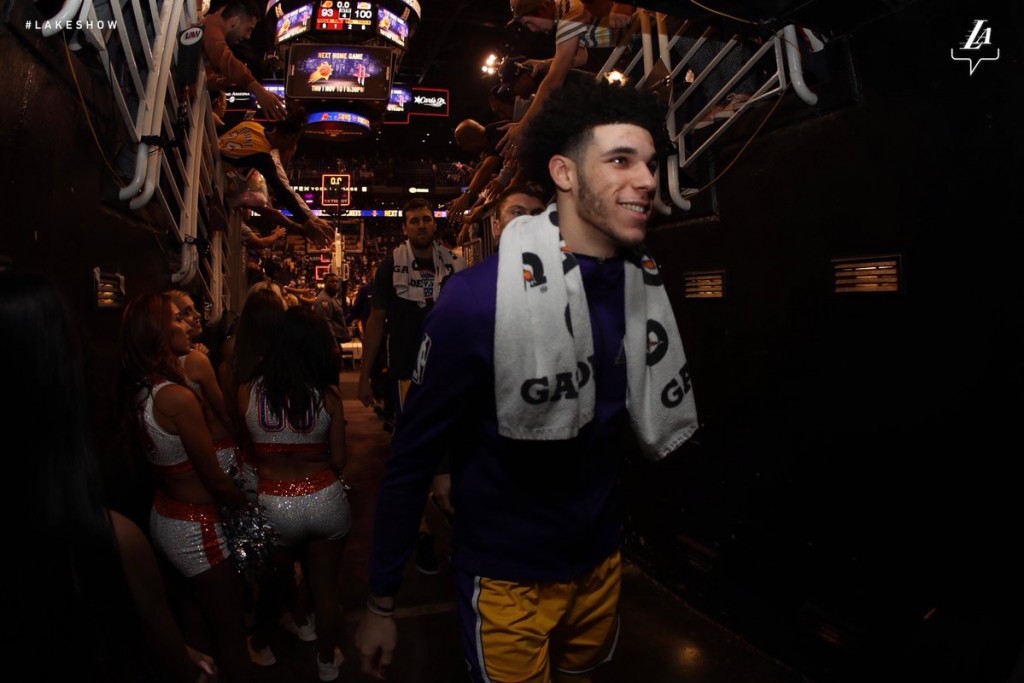 Lonzo Ball, the dynamic point guard for the Los Angeles Lakers, has been dubbed as a “one in a generation type talent.” But his play isn’t the only reason why his name stays relevant in the news.

His father, Lavar Ball, is the main reason for the family’s prominence outside of sports. With outrageous comments such as, “He’s better than Steph Curry to me. Put Steph Curry on UCLA’s team right now and put my boy on Golden State and watch what happens,” it’s safe to wonder why the Ball family has drawn so many mixed reactions throughout the past year. With that being said, Lonzo has continued to succeed during his lone season at UCLA. He helped his squad reach the Elite Eight, and is now beginning his rookie season with the Los Angeles Lakers.

Lavar has drawn a persona with the media, but do his sons, especially Lonzo, deserve to be the recipients of all this?

In his lone freshman season Lonzo brought the UCLA Bruins all the way to the Elite Eight in the NCAA tournament and this past summer he was drafted No. 2 overall by the Los Angeles Lakers. The “Showtime Lakers” were back as Magic Johnson stated, introducing Lonzo as the newest member of the franchise.

Just recently, Lonzo became the youngest player ever in NBA history to record a triple-double this past Saturday in a loss to the Milwaukee Bucks. The record was recently held by the NBA’s most prominent player, Lebron James.

But, Lonzo didn’t have the broken record as a priority.

“I really don’t care. We took a loss. It don’t really mean nothing,” he said.

So far, Lonzo has shown to be a player who loves the game of basketball and cares about his team’s success rather than his overall stats. The most recent demonstration occurred during the Lakers last game on Monday, Nov. 13 against the Phoenix Suns, when coach Luke Walton sat Lonzo throughout the fourth quarter as his team played well without him on the floor.

After the game, Lonzo talked about his absence in the fourth quarter, saying, “We got a win so I got no complaints. My teammates got it done in the fourth and we had to at least get one on this road trip.”

Lavar on the other hand is very outspoken with the media and welcomes the publicity. He has made outrageous comments regarding UCLA, the $500 “Big Baller Brand” sneakers he markets, a female referee in his youngest son’s LaMelo Ball AAU game, pulling out LaMelo from high school and deciding to coach and homeschool him, saying the crime LiAngelo committed overseas in China wasn’t a big deal and stating he’s better than Michael Jordan.

The media may now be keeping closer tabs on Lonzo due to his father, but we must remember that this is his career. His father may have thrown extra pressure towards his son, but Lonzo has lived with this sort of pressure his whole life.

Lonzo may never be the player that he has been hyped up to be because of the media and comments made by Lavar, but his loving presence as a father is clear for everyone to see.