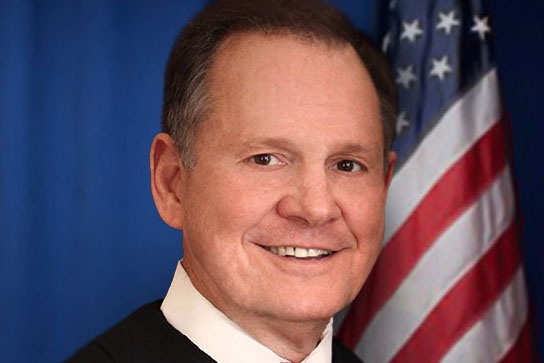 More and more eyes are trained on Roy Moore, the Republican candidate for U.S. Senate from Alabama who is now facing several allegations that he sexually assaulted minors decades ago.

The allegations caught the public eye after the Washington Post published the story of Leigh Corfman, now 53, describing the sexual encounter she had with Moore at the age of 14. Moore was 32 when he met Corfman, sitting outside of the courtroom in which her parents were finalizing a divorce, according to the Post. He offered her a date and picked her up a few days later, taking her back to his home to perform a sexual act, she told the Post.

Four other individuals have since come forward with similar stories involving Moore. And Moore has said he plans to sue The Washington Post. Moore is in a special election on Dec. 12 to fill the Senate seat vacated by now-attorney general Jeff Sessions.

Alabama as a whole is considered to be a red state, containing many supporters who share the political beliefs of Moore. However, the popularity of his politics should not excuse the continuation of Moore’s campaign in light of the allegations. Those who still support him are guilty of ignoring or downplaying the horrifying nature of the crimes he has allegedly committed.

The allegations have come to light relatively late in the race, and it may be reasonable to assume that the stories pledged by these women are in fact lies intended to tarnish his image before the election. But comparing the stories of the five women reveals similarities in their descriptions of Moore’s behavior: An approach is made, sparking a warm, inviting conversation. In all five stories, Moore is said to take the women out on a date, followed by a stern suggestion regarding sexual activity.

"I believe they were brought on to stop a very successful campaign. And that’s what they’re doing,” Moore told Fox News.

Moore claims that everything that is being claimed is untrue, and being used to convince voters that he is an unworthy candidate. However, his denials are unusual. He stated to Fox News:

"I don't remember dating any girl without the permission of her mother. These two young girls actually said their mothers encouraged them to be friends with me.”

To keep it simple, Roy Moore does not deserve his spot on the United States Senate.

Anybody who does not completely deny allegations of sexual assault, whether Democratic or Republican, should not be seated within our government.